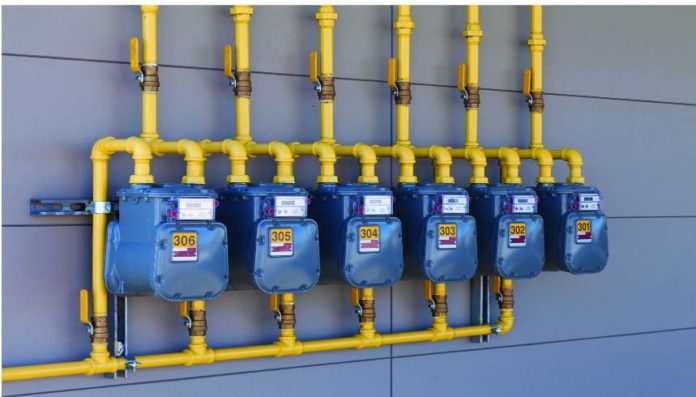 In June, the Nigerian government announced that the Ministry of Power is to take over the deployment of prepaid electric meters following the failure by utility firms in equipping all consumers with prepayment technology, reports Nicolette Pombo-van Zyl.

The minister said the unavailability of an accurate database regarding the number of consumers in Nigeria is hindering the rollout of prepaid electricity meters. Current records held by government indicate six million electricity consumers; yet it is believed there are more than the highlighted households in the West African country. According to the ministry, the prepaid meter programme will start with energy providers implementing an audit to determine how many consumers they serve.

At the time of privatisation, and transfer of electrical and power assets to distribution companies (discos), NERC had set a metering target of 1.2 million for all discos. Now, under the new rollout project, the Ministry will be responsible to supply energy providers with the prepaid electric meters and ensure installation for consumers in phases according to consumers’ energy consumption patterns and income status. The deployment of the prepaid electric meters will help consumers improve their energy efficiency and utility firms to reduce non-revenue electricity associated with power theft.

According to Oduntan, the first main reason that discos failed to meet the set target was the lack of a costreflective tariff from inception –this in conjunction with other factors, which cut across the performance obligations of the parties involved. “Mainly, the overriding reasons are basically obligations from assumption of privatisation: those being electricity tariffs do not completely cover the costs, as is presently the case; ‘shortfalls’ or deficits are incurred; and shortfall is not funded.”

“Interestingly, the privatisation process had recognised that tariffs were not cost-reflective due to particularly higher ATC&C losses incurred. The commitment was set to a Baseline Losses Study, after which targets would be applied to the revised ATC&C losses’ starting figure and result in cost-reflective tariffs. Today, this has not properly been done.”

Another critical factor encumbering the metering programme is the Federal government’s commitment to provide N100 billion ($272 million) subsidysupport to discos through the Central Bank of Nigeria’s N214 billion ($582 million) Nigerian Electricity Market Stabilisation Facility (NEMSF) that never materialised. These loans were identified to cover associated legacy gas debts and further encumbering discos’ books and ability to seek the funds needed for metering, explained Odutan. “However, the current huge liquidity crisis (caused mainly by a lack of cost-reflective tariffs) has affected the discos’ metering plans but talks are continuing among all stakeholders to address the issue.”

Metering – the road ahead

Since privatisation, discos have made a significant effort to reduce the metering gap with each company currently implementing one form or another metering project. At the time of going to print, reports indicate that more than 500,000 new meters have been installed by the discos, with about 2.8 million customers currently being metered. Oduntan advises that once meters are installed, the utility companies should then “implement some form of energy and revenue protection programme to prevent meter bypass and energy theft along with robust multiple vending channels” to promote a healthy customer experience.

Bearing in mind that metering installations are managed in stages, “each disco’s situation varies from one to the other. Most are trying their best to meet the targets but one thing they all have in common is the huge shortfall and liquidity crisis. Unless the liquidity issue is addressed, metering will continue to be a problem,” stressed Oduntan.

Most of the 11 discos are embarking on vendor-financed metering. The effective Credit Advance Payment for Metering Installation (CAMPI) programme, that was serving Nigeria well, unfortunately stopped in 2016, cancelled by the Nigerian Electricity Regulatory Commission (NERC). Historically, the majority of the metering installations under NEPA/ PHCN were analogue meters; however, the discos are embracing the latest offerings and are migrating to smart metering technology options.

There remains the issue of the current tariff structure, which reflects the average retail price of electricity at N31.50 ($0,09) per kilowatt hour, whereas the discos buy same for an average of N68 ($0,18) per kilowatt hour from generation companies. “This is not sustainable. The price ought to go up in order to allow for cost recovery,” warns Oduntan.

Although the current situation is far from ideal – with many of the challenges not sending the right signals to attract private capital for the much-needed investment for metering and other expansion projects planned by discos to facilitate the sustainability of the Nigerian Electricity Supply Industry – the road to success is being paved through stakeholder engagement. ESI