In an article published by the Guardian1 ,it was reported that global CO2 emissions for 2014 stand at a record high of 40 billion tonnes, a 2.5% increase on 2013. With legislation in place in many parts of the world to reduce the global carbon footprint, South Africa is joining the global effort with the proposed implementation of a carbon tax set to come into effect in January 2016. As South Africa continues to develop more generation capacity, along with the impetus to be more carbon conscious,there is a need to explore options other than coal for base load generation. And this is where LNG may well fill a critical gap.

Southern Africa’s gas market was in the spotlight recently when the discovery of what is termed ‘the world’s largest natural-gas’ deposit just off the coast of Mozambique has led to increased interest in the Southern African country. Mozambique’s revenue may reach as much as $212 billion over the life of the project, based on 45 trillion cubic feet from Anadarko’s Area 1, Standard Bank said in a 31 July study. That’s less than half of the total estimated resource. If developed to the full, Mozambique may become the world’s third-largest exporter of LNG, behind Qatar and Australia.

Globally, LNG is mainly used as a feedstock for power generation and is a cleaner, more efficient and less operationally intensive feedstock than coal. The discovery of a ‘local’ LNG market could significantly change perceptions and costs for LNG as a fuel source….

Click here to read the full article on our digital platform 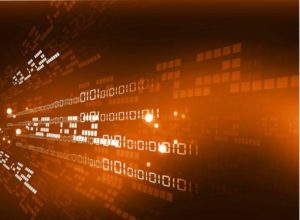 Utility automation and control – it’s not your daddy’s SCADA