It was recently announced that a new trading platform was to be implemented for the Southern African Power Pool’s (SAPP) energy trading activities. This new trading platform will cater for a day-ahead market, an intra-day market (up to one hour prior to dispatch), and a physical forward market; with a view to incorporating other market considerations in the future.

The SAPP, founded in 1955, is the regional organisation of power utilities within the Southern African Development Community (SADC) that was formed in 1995 through the signing of an Inter-Governmental memorandum of understanding (IGMOU) by the SADC member countries. This MOU initially covered only stated-owned utilities. However, this was updated in 2006 to include other electricity supply utilities within SADC.

One of the main purposes for the SAPP is to create a competitive regional electricity market for the SADC member states so that all members share in the available energy resources in the region. Some member utilities within the SADC region started trading as early as the 1950s through bilateral agreements mainly between neighbouring countries. The completion of the interconnection between Zimbabwe, Botswana and South Africa through the Insukamini-Phokoje-Matimba 400kV interconnection line in 1996; and the interconnection between Mozambique and Zimbabwe through the SongoBindura 400kV interconnection line in 1997, provided the much-needed technical viability for trading between the northern and southern countries of SADC. A number of bilateral contracts were entered into among SAPP members and thus developed the rules and regulations that govern trading operations in the region. The rules and regulations were mainly based on….

To read the full article on our digital platform, click here. 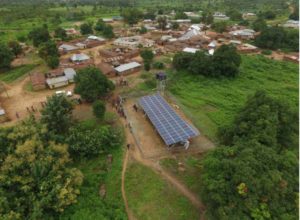