Hybrid micro-grids: beginning of the end for diesel gensets 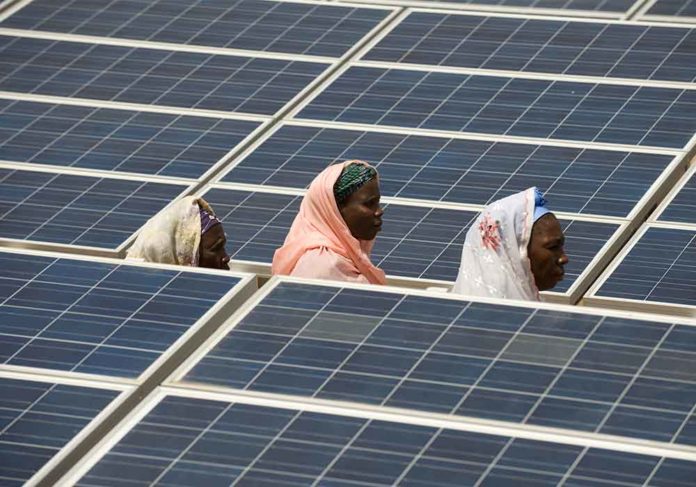 Power hungry Africa is awash in diesel generators. Loud, dirty, bone-rattling – these technological dinosaurs are the de facto power grids in many countries, where modern energy infrastructure and services are absent, irregular or poorly managed. In Nigeria alone, there are an estimated 100 million diesel generators in use, the largest diesel network in the world. The global market for diesel generators is estimated at 1,000GW of installed capacity today, with projected sales of up to 100GW per year over the next decade.

Diesel-based generation serves both rural and urban areas, but it is rural and remote power supply where it is most ripe for disruption, especially as Africa targets 2025 to achieve universal energy access for its more than 600 million un-electrified (80% of whom currently live in the countryside).

And that disruption has already begun with a transition away from pure diesel to diesel hybrid micro-grid systems. For obvious reasons, reduced air pollution and associated health benefits, lower carbon emissions and many other ‘externalities’, but also and in large part because of improving economics. A diesel-only solution must be sized to meet the highest anticipated peak load, basically guaranteeing that the generator will be running inefficiently most of the time.

Hybrids and the clean energy transition

Many types of hybrid micro-grids exist, including those that rely primarily on diesel as well as those that are purely renewable, such as micro-hydro and solar or biomass and solar. But as the price of solar panels continues to fall, the most common hybrid combination so far has been pairing diesel with solar, and this solution – ‘solar hybridisation’ – is gaining traction in many emerging markets.

In India, for example, where the country’s telecom networks burn billions of litres of diesel every year in backup generators to deliver 24/7 up-time amid frequent grid failure, micro-grid companies such as OMC are building their business on the back of an ‘ABC’ business model – Anchor telecom tower tenants (A), Business (B) and Community (C).

Such companies are relying on solar with battery storage as primary power, with diesel as back-up. With mobile penetration in sub-Saharan Africa at 80% and mobile money becoming common among decentralised renewable energy customers, this ‘tower power’ business model could be a fit for Africa as well, at least for telecom towers that are near rural communities. “We believe our ABC model is viable in Africa too, and have been monitoring the market for some time for a possible future market entry,” said OMC’s head of corporate finance, Andreas Dahl-Jorgensen.

Others are already moving in. Both large and small players are entering the hybrid market in Africa, targeting not only telecom towers, but also rural communities (both residential customers and micro-businesses), industrial facilities and remote mining operations. Corporate giants similar to Caterpillar, including Enel, Total, GE, Schneider Electric, ENGIE and Gamesa have all announced increasing degrees of commitment to the hybrid micro-grid market in emerging markets, especially Africa.

Meanwhile, Enel is partnering with Powerhive to develop and operate micro-grids in 100 villages in Kenya. Gamesa, meanwhile, is exploring a hybrid micro-grid that centres around wind turbines, and also includes solar, diesel and storage, expecting the integrated solution to reduce diesel consumption between 15 and 35%, or even more.

“Solar PV plus storage with a diesel generator as backup is the optimal configuration for many African applications since the OPEX costs of fuel supply and delivery are so high in some areas,” said Sam Slaughter, CEO of PowerGen Renewable Energy, a micro-grid company in Kenya. “As and if storage continues to get cheaper, the argument for less and less diesel usage can and should be made.”

Hybridised systems have found an initial market in the mining industry, where solar PV has shown an ability to reduce the costs of operation. Thaba chromium mine in Limpopo, South Africa, provides a case in point. In 2012, the high costs of fuel led operators to integrate 1MW of PV into its captive power system, cutting its diesel bill by half a million dollars. In Australia, mining giant Rio Tinto has set its sights on integrating PV into a mini-grid system powering one of its remote bauxite mines, gradually scaling from 1.7MW to 6.7MW under a 20 year power purchase agreement.

According to Slaughter and others in the industry, however, projects such as mines are less attractive to hybrid diesel-solar systems than communityoriented projects. First, there are not enough mines that fit the right profile and the ones that do tend to have grid power, with their main pain point being grid intermittency. In those situations, backup generators remain the economical choice since the cost of battery storage is still prohibitive for some mines and factories. This is especially true after the recent decline in oil prices. Second, for big companies, used to doing megawattscale projects, the smaller micro-grids are a stretch outside of their traditional comfort zone.

For now, the sweet spot for diesel solar hybrids appears to be rural community homes and micro-enterprises. But growth is never without its challenges. The biggest challenges for hybrid microgrids to extend their reach into remote communities are system standardisation and financing, since many potential customers do not have the ability to meet large capital expenditures up front. The presence of the larger companies opens up the potential for financing from their balance sheet, and also introduces more ‘bankability’ into the equation by ensuring that operations and maintenance will be guaranteed for the lifespan of the asset, both of which will help de-risk such projects. Even so, additional sources of capital, from sources such as project developers, local governments and large financial institutions, will be required as well.

At the same time, most national regulators and utilities are poorly informed when it comes to microgrids, whatever their mix of energy. Currently, many are taking a waitandsee approach. Therefore, for the sector to achieve accelerated growth, a more proactive regulatory and policy regime must be put in place to promote independent power producers and guarantee long-term sustainability. Solar-powered mini-grids can be more expensive than diesel due to high capital costs of storage and the generation capacity needed to cover peak loads. However, using hybrid diesel-solar systems can reduce costs by 12–16%, which would swing the balance back in favour of primarily solar-powered solutions.

Added Slaughter of PowerGen: “Integrating battery storage enables one to increase the capacity factor on the generator (thus increasing efficiency) by allowing the generator to charge the battery while it’s running and at the same time decrease the number of hours that the generator needs to run, since low-load hours can be handled by storage/inverter.”

The future: all about storage

For dense urban areas, cheap natural gas and fast-reacting turbines will have an advantage. But in remote areas where diesel-solar will likely end up as merely a transitional solution, solar plus storage is starting to look more and more possible.

Projects based on that model are already starting to emerge, and some are already skipping diesel hybrid and going straight to solar plus storage. In Mozambique, for example, Fluidic and Caterpillar recently announced plans to build solar plus storage turn-key microgrids for 100 remote communities with more than 400,000 people, one of the largest decentralised grid projects on the continent.

“While there are rapid advances in battery technology we expect to need some diesel backup in the next couple of years, before possibly transitioning to a pure solar plus storage model. For business models without the telecom load this transition will be possible even sooner,” OMC’s DahlJorgensen said.

Article written for ESI Africa by Power for All, a collective of public and private organisations dedicated to delivering universal energy access before 2030 and advocating renewable, decentralised electrification solutions as the fastest, most cost-effective and sustainable approach to universal energy access. www.powerforall.org