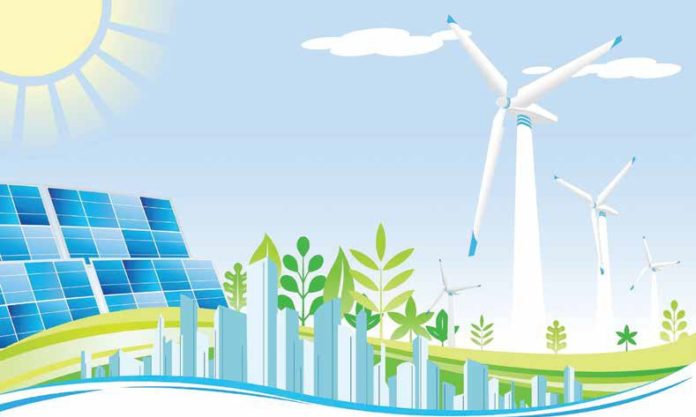 As renewable energy transitions from a niche application to supplying ever-larger amounts of energy on the grid, it is worth looking back 20 years and identifying some of the major factors that enabled the industry to make steady progress along the way. Learning from the mistakes and successes of the past can help enlighten and improve global future energy decisions.

In the United States, and particularly in my home state of California, renewables have flourished in jurisdictions that have a strong policy mandate for renewable energy, while embracing three foundational principles – transparency, consistency and longevity, also known as the TLC factor! Jurisdictions that have successful renewable energy programmes have adopted rules that are transparent and easy to implement. The rules are consistent, easy to administer across the board, and fixed for a specific term (10–20 years). These factors create security and predictability in the market, which in turn generates investment, increased production volumes and lower costs. TLC should be the foundation for African countries and others around the world seeking to benefit from the rapid growth of clean and renewable energy.

In addition to the TLC rules for the development of renewable resources, a successful programme includes clear regulations governing interconnection, inspection and building standards for both large-scale projects (50MW and higher) and smaller customer owned systems. If the interconnection process to the grid is not streamlined, programmes can stall as projects struggle to come online. In California, improved programme administration and interconnection have enabled solar PV installations to increase from 85MW in 2010 to over 12,000MW in 2016. Large-scale wind power projects have also more than doubled in capacity, from 3,000MW to over 6,000MW in the same timeframe.

For residential, commercial and industrial projects, complicated and inconsistent building and safety standards result in unnecessary delays, confusion and cost increases. In the early 2000s, as solar programmes were starting to ramp up, it was a surprise that solar residential installations in California were significantly higher in cost than in Europe and the installation rates were much lower than expected. The price increase was due to the high ‘soft costs’ – such as burdensome and inconsistent utility requirements for interconnections around the state and different building and safety requirements for municipalities across California.

Providing permits for customer owned systems was difficult and costly, and numerous installers complained that they had lost jobs and customers due to increased costs, which resulted from a 90 day or longer waiting period. In comparison, installers in Germany, had a standardised process and they were able to get a solar system installed and operational in less than a week with significantly less paperwork and a streamlined approval process. In response to this issue, the California Solar Electric Association (SEIA) and other civic organisations, led a grass roots effort to facilitate the introduction of statewide standards for both utilities and building departments. As a result, the streamlined and uniform standards adopted in California have reduced waiting periods for consumer solar installations from 90 days to less than 3 days, resulting in significant cost reductions and a significant increase in solar system penetration. Today Californian utilities report interconnecting over 8,000 residential solar systems to the grid every single month and that rate is growing.

California is not alone in experiencing tremendous growth in the renewables sector. Countries in Europe with strong pro-renewable regulations report that over 90% of new power installed in Europe in 2016 came from renewables. Bloomberg New Energy Finance (BNEF) reports that renewables – led by wind and solar – are expected to account for over 65% of global energy investments by 2040. This projection should increase as storage technologies become cheaper and more robust, power grids more sophisticated and renewable generators (whether state-owned or IPPs) become better able to provide grid services, effectively eliminating the need for fossil fuel generation as back-up power.

Cities, states and countries are taking leadership roles in calling for high percentages of renewable energy. Targets from 50% to 100% are increasingly common. Especially in the context of climate change, transitioning to renewables on a global scale is an issue of ‘when’ and not ‘if’. And that inevitable transition is making the energy sector a key driver of innovation, economic growth and job creation, with correlated developments in energy efficient grid technology, electric vehicles and hydrogen fuel cars. Renewables are not just displacing fossil fuel power plants. They are charting the way to an interconnected high-tech power system of the future in which clean energy meets all of our power, heating, cooling and transportation needs.

Over the past two decades energy regulators, power providers and grid operators have learned from the mistakes of the past – short-term planning, boom- and bust-cycles for technologies, inadequate incentives, picking technological winners, inconsistent regulations, etc. – and that is good news. Mistakes made by early adopters can inform jurisdictions, regions and nations scaling-up their power generation portfolios. Indeed, countries in the world’s Sun Belt can leapfrog technologies and transition directly to the renewable energy future at lower costs, much more efficiently and on an accelerated schedule. In this context, African nations can become the global leaders in implementing the distributed, digitised and increasingly decarbonised state of the art energy portfolio without the burden of old infrastructure or stranded assets. Let it be so! ESI.

Angelina Galiteva actively works to structure and advance the implementation of cutting-edge energy policies that reflect the increasing role of renewable energy, storage, mobility and distributed energy technologies worldwide. She is the founder and Chair of the Board for the Renewables 100 Policy Institute and serves as the Chairperson for the World Council for Renewable Energy.