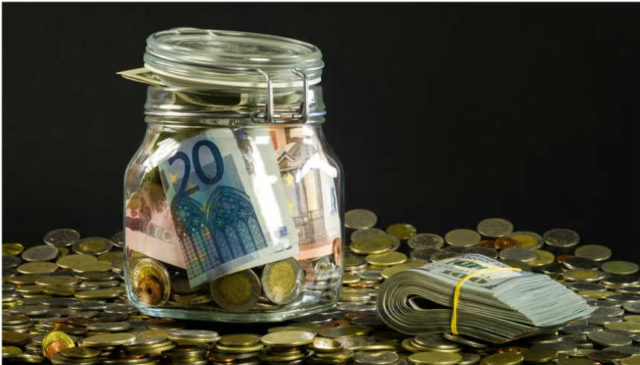 The distribution of electricity requires significant operating revenues and expenditure from municipalities. However, due to national power utility Eskom’s high bulk tariff increases municipalities have had to make tough financial decisions with regard to competing priorities.

The priorities include the affordability and sustainability of free basic electricity, keeping electricity tariffs to consumers affordable, maintaining or improving collection rates, ensuring sufficient reinvestment in electricity infrastructure through cost-reflective tariffs, funding the rollout of electricity projects for economic growth, as well as environmental sustainability and energy efficiency. Accordingly, municipalities currently face a tricky balancing act in terms of structuring the finances of electricity.

In 2015/2016, the main sources of revenue for municipalities in South Africa were property rates (14%), service charges (46.1%), transfers and subsidies (30%) and other own revenue sources (9.9%). Seventy percent of revenue of municipalities is self-generated.

Service charges are comprised of electricity, water, sewerage and refuse and make up the bulk of revenue (46%). In 2015/2016 R83.6 billion ($6 million) was billed for electricity revenue in metros and secondary cities. This equates to about 22.4% of the adjusted revenue budget of R373.1 billion ($20 billion). Electricity revenue plays a huge role in terms of the financial sustainability and viability of municipalities.

At the outset it must be stated that there is no excuse for any municipalities to pay their utility bills. It is unacceptable that such municipalities are not paying Eskom, especially as they are ringfenced operations. However, it is pleasing to note that as of 31 January 2017 only one municipality, Naledi Local Municipality in Vryburg, North West Province, has yet to pay Eskom and has not come up with a sustainable financial plan. The other eight municipalities have managed to come up with plans to foot their bills and are considered out of danger. Illegal electricity connections are the major contributing revenue loss issue in these municipalities.

It must also be stated that the Eskom bulk tariff increases have increased the burden on consumers and have made it very difficult for municipalities to collect all revenues from electricity.

The graph clearly illustrates the above-inflation increases in bulk tariffs to municipalities. The tariff increases were particularly significant from 2008 to 2011 when electricityprices increased by 78% in real terms. However increases continue to be above inflation. Municipalities have in many instances absorbed some of these increases to alleviate the burden on consumers; however, decreasing collection rates remain a burden for municipalities. This has placed great strain on the finances of municipalities in terms of liquidity and sustainability, as confirmed by a study undertaken by the Financial & Fiscal Commission (FFC) on the impact of electricity price increases on municipalities.

Moreover, the profit margins that the National Energy Regulator of South Africa (NERSA) has approved for the power utility in terms of Eskom’s surpluses, have placed municipalities in a very difficult financial position and this is resulting in erosion of cash reserves, as well as higher property taxes, to make up for the shortfall. Where this is not possible the ultimate impact is reduced service delivery.

However, Minister of Public Enterprises Lynne Brown hasidentified a number of challenges in the approach of the power utility as the bulk service provider. These need to be addressed politically in order to ensure a fair dispensation to municipalities. The minister is also of the strong view that the current Eskom disconnection threat to municipalities is not a long term, sustainable solution to the current challenges that municipalities are facing but can only result in unintended consequences in terms of public unrest.

On the electricity reticulation front, the constitution provides that municipalities are responsible for Municipalities have in many instances absorbed some of these increases to alleviate the burden on consumers. electricity reticulation to end users. However, due to historical and institutional arrangements, Eskom has reticulated electricity to huge numbers of end users across the country. This has massive implications for municipalities. The South African Local Government Association (SALGA) is of the view that all the said aspects can be addressed in service delivery agreements entered into between the utility and the relevant municipalities. In an attempt to regularise this, SALGA has proposed a framework agreement to be entered into, between Eskom and SALGA on behalf of municipalities, but Eskom has to date not been willing to do this.

SALGA has also suggested that serious consideration should be given to the restructuring of the industry to give effect to the constitutional authority of municipalities with regard to electricity reticulation. The association has proposed that Eskom relook at its internal policies that are implemented to the detriment of the financial sustainability of municipalities. The utility is also required to comply with the relevant legislation within the current dispensation as well as in the new electricity reticulation developments within the areas of jurisdiction of the municipalities concerned.

• Ensure all properties are metered

• A good Debt Management Strategy, which includes the monitoring of the Top 100 debtors (based on the 80-20 principle);the pursuance of government debt; addressing the issue of returned mail, using revenue clearance certificates (RCCs) when a property is sold to ensure that all outstanding debt is collected; debtors are closely monitored; adequate deposits are held in respect of errant customers; developing customer consciousness by fast action and effective communication; and automation of the debt collection processes.

• Sanctions for non-payment should include: credit bureau listings; disconnections; consolidation of debt; selling of properties in the High Court (saleinexecutions); sale of movables in the Magistrates’ Court; and the removal of meters (especially where there is tampering).

Electricity losses in distribution was measured at 8.47% in 2011 and 8.49% in 2013 against a world average of 8.163% in 2013. Theft of electricity through illegal connections is a key issue. A dedicated team to deal with inspections, detections, investigations, and prosecutions can help, as well as a hotline, prepaid metering, and community education campaigns.

According to the Financial & Fiscal Commission (FFC), the current investment of municipalities in repairs and maintenance is 3–4%. They also suggest that a spend of 6–8% is required to reduce the technical loss in distribution. This means higher electricity tariffs, which in turn will impact on the affordability of electricity for consumers.

This is a major challenge in terms of affordability and the impact on the financial sustainability of municipalities. With increasing ruralurban migration, this is a growing problem. In addition, this leads to cross-subsidisation of the electricity service by paying consumers. However, in smaller and rural municipalities there are insufficient high-use residential and business customers to cross-subsidise the tariffs. Whilst the equitable share has been allocated to fund this, there is a funding gap in municipalities.

In the current economic climate, there is a definite need for electricity projects that drive growth in the economy. Accordingly, there must be a balance between electricity bulk services for housing and economic development projects. Projects for economic development must clearly show that they are feasible, make business sense and have economic benefits. There are various funding sources for such projects, such as private-public funding, grants, own revenue sources, borrowings, developer contributions, and land value capture. A new local business tax could also be used to fund such projects and developments in terms of the infrastructure costs.

The timing of such projects needs to be carefully considered and own sources of income need to be optimised in the first instance. Currently such projects in the main form part of the capital budget and are funded through borrowings and own funding. A notable project by international energy company Enel has brought two new solar plants into commercial operation through its renewable energy subsidiary, Enel Green Power RSA. This will help make a significant contribution to the country’s economy. Together, the two solar plants will be able to generate 318GWh per year; equivalent to the annual consumption needs of around 100,000 households.

In addition, the long-term plan for electricity generation, the Integrated Resource Plan (IRP), is at the time of writing being reviewed by the department of energy. The IRP is a 20-year plan for the expansion of the electricity supply, which needs to ensure adequacy of supply, support a manufacturing base, retain the country’s competitive position globally and ensure sustainable use of local resources. According to SALGA, it has profound implications for local government’s role in the country’s future energy landscape.

Due to rapid structural changes and behavioural issues in the energy sector, municipalities have reached a point where they need to seriously consider reviewing their business models: from traditional buying of bulk supply from Eskom and selling to its customers to being their own power generators, as well as playing a role in the independent power producer space. SALGA’s main concern is that local government is charged with a developmental mandate, which includes universal access to energy and electricity. However, the current IRP does not clarify the role of local government in the energy sector considering the rapid changes in that sector.

Given the weak economic outlook and the constrained resources of municipalities, the actions of municipalities must be focused on improving their efficiency; reinvesting more in electricity infrastructure maintenance; introducing a strategy to reduce illegal electricity connections; enhancing revenue collection, in particular prepaid metering; identifying a new alternate source of income to fund electricity infrastructure, subject to own sources of income being maximised; as well as reviewing the spend on free basic electricity. In addition, they need to review their role with regard to producing their own energy in terms of the Integrated Resource Plan and restructuring of the industry, as well as making sure they pay their Eskom accounts. ESI. 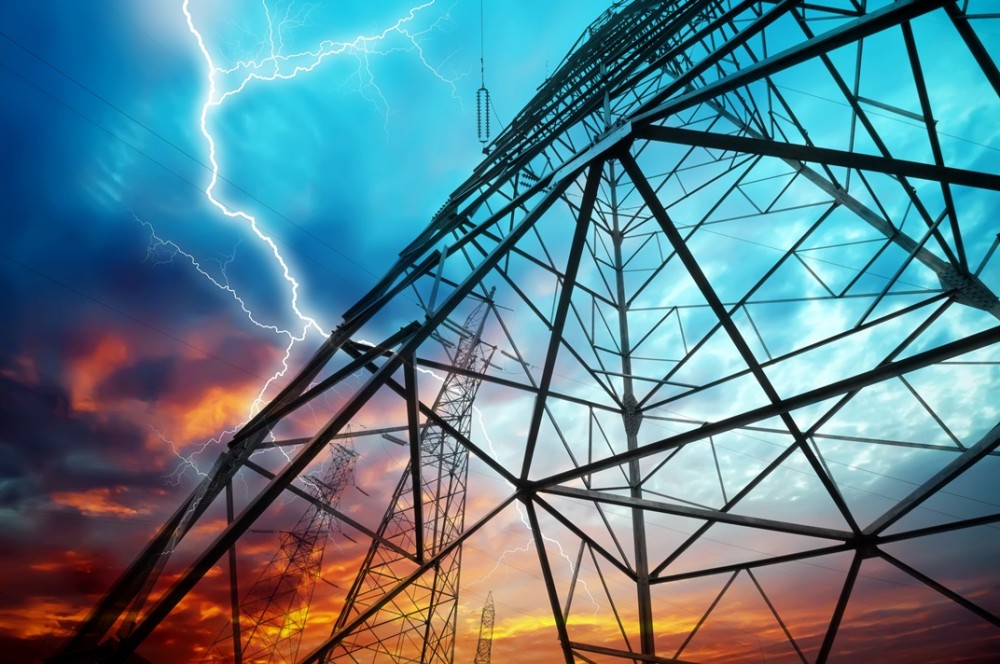