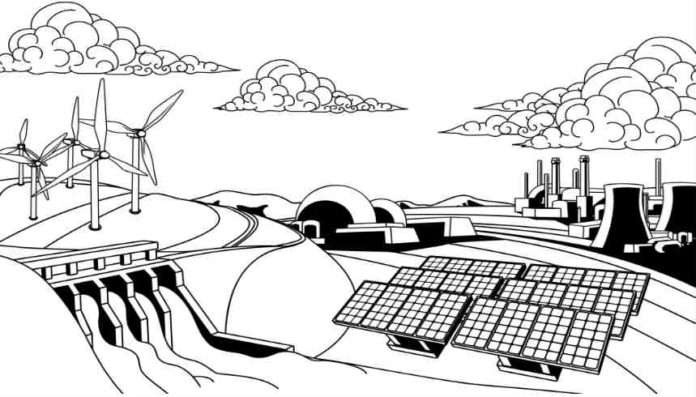 Over the years, the electricity sector has dabbled with methods of delivering the best services to the end-user through sector deregulation. Although this has been a rather slow ‘evolution’ in parts, activists for deregulation are convinced that a healthy competitive environment will drive down prices and increase service delivery.

For more than one hundred years, the electric power industry worldwide has operated as government-sanctioned monopolies (i.e. regulated industry). However, over the last twenty-five years or so, the electricity supply industry has been undergoing continuous deregulation (re-regulation) or restructuring. By electricity deregulation, we mean that the generation (wholesale) and distribution (retail) of the electric power is not under the restrictions and purview of the government.

Advocates of deregulation are adamant that competition in the industry will benefit consumers – that lowering electricity prices gives customers more choices and increases customer awareness. In addition, it is expected that deregulation will increase productivity and innovation, and provide better services, etc. Yet in practice, so far the results of deregulation worldwide have been mixed [1]. This is why in the US, for example, only a handful of states have deregulated their electricity markets. Some states have suspended or even reversed energy deregulation laws. There are several reasons why deregulation has not produced the expected results.

Why deregulation has not produced the expected results

Some of the reasons behind the perceived failure of electricity deregulations are outlined below:

Incorrect assumptions made about the electric power industry

Unlike natural gas or other commodities, it is impossible to store electricity on a sufficiently large scale. This is because the technologies for storage (e.g. hydroelectric pump storage, batteries) are quite inefficient. In addition, there is a necessity to balance the supply and demand in real-time to keep the power grid stable. Also, there is very little demand elasticity.

Deregulation involves extra costs. These include payment of market clearing prices for all generation, expensive new institutions, uncompetitive markets for essential services, and a large increase in the cost of capital due to increased uncertainty. In some cases, the independent power producers (IPPs) in the deregulated market took on more debt than low risk regulated utilities and many went bankrupt when power demand could not rise to expected levels to support the debt. In addition, deregulation produces transaction costs.

It is true that competition may benefit consumers as the quest to buy more customer loyalty motivates the suppliers to deliver better. However, the increased competition can take an unhealthy turn and can be detrimental to consumers as well as the economy. During this restructuring process, the exercise of market power – as a market supplier that owns the ability to drive the price above the competitive level, or control output for a significant period of time – by some utility companies has been found in a number of electricity markets. The exercise of market power creates inefficiencies in both resource production and allocation. The most common effects of market power include less production in the market, which results in lower consumption, and higher price levels compared to marginal cost. One of the main threats of market power is diminishing consumer surplus, which transfers social benefits from the consumers to the suppliers.

Policymakers assumed that those in the regulated power industry had no monetary incentive to operate the system efficiently: they misjudged human motivation. As it turns out, IPPs have a different goal – to maximise profit.

As deregulation provides wider consumer choice, these service offerings require professional expertise to comprehend. There are also expectations that the customers will pay for the offering of a new service, without having engaged with a thorough market analysis.

The role of transmission capacity is likely to be even more important than previously suggested. Despite efforts to integrate some network investment decisions into the competitive market framework,transmission networks remain more or less regulated monopolies for they can only be duplicated at a very high cost. For the electricity market to be competitive, transmission networks should therefore facilitate competition. If the transmission infrastructure is inefficient, certain generators may gain locational market power and this will reduce the reliability of the system regardless of the market structure. Network congestion is one of the biggest challenges in deregulated electricity markets. Adequate network assets must be incentivised through a framework of economic regulation.

Several other countries such as the UK, USA (only a dozen states), Australia, New Zealand, Chile, Argentina, El Salvador, Peru, Columbia and Brazil, China, Japan, etc have more or less successfully deregulated their electricity markets. However, Africa is still lagging behind in terms of restructuring its electricity market.

Like most African countries, the South African electricity industry is vertically integrated, with Eskom owning most of the generation and transmission assets. In 1998, South Africa was probably the first sub-Saharan African country to come up with the idea of privatisation; however this was not widely accepted at the time. South Africa has moved from inexpensive to expensive electricity in recent years. It is estimated that since the rolling blackout in 2008, the average electricity tariff increase in South Africa has been around 300%. It is expected that electricity tariffs will continue to increase in the future at a higher rate, which is unsustainable in the long run. It is argued that the introduction of a deregulated electricity market could induce more competitive prices as proven in other countries.

Currently, many African countries are at different stages of restructuring their electricity markets from regulated monopolies to a competitive electricity market. This is the case in Nigeria and Uganda. The main reasons for privatisation in these countries is inefficiency of the vertically integrated power utilities, low labour productivity, chronic revenue inadequacy, deteriorating fixed facilities and equipment, poor service quality, and serious problems of theft and nonpayment as well as mismanagement [2]. In Nigeria, many experts believed that the vertically integrated system in place was not operating as efficiently as it could. Secondly, the system had very high costs, and has not been properly maintained. Lastly, the system did not seem to provide enough incentives for investments in new generating plants.

Deregulation can only work when markets are competitive, adequate and effective. However, this will not happen automatically. Competitive and effective markets require the establishment of detailed market rules, design and regulation. From the lessons learned it can be inferred that deregulation or restructuring yields substantial environmental benefits as cleaner gas generation replaces older inefficient coal-fired and thermal plants, leading to significant emission reductions. In a regulated market, pricing policies are fixed by the government and the consumer has no say in it. Hence, most consumers do not care about the rates and usage. In the deregulated electricity market, however, consumers can choose from a variety of options according to their needs and as per their choice and budget. Thus, consumers become more aware of the process involved. In addition, consumers will benefit from the increased quality of service and possibly a reduction in electricity prices. However, liberalisation reforms do not always lead to lower retail electricity prices.

In many developing countries, regulated prices were inefficiently low. In those countries, liberalisation should lead to higher prices and better incentives. There is no doubt that in parts of sub-Saharan Africa, the introduction of IPPs has led to a major increase in generating capacity and better technical performances as compared to the state-owned utilities. However, deregulation still requires strong and committed government involvement, which is crucial in establishing a framework with the necessary incentives. Some of the critical bodies that form part of this framework are independent regulators that play a vital role in overseeing compliance with legislation and ensuring fair and efficient economic regulation of the networks. In addition, transparency is a prerequisite for developing competitive liberalised electricity markets. Competition will flourish only if multiple players compete in the market. Deregulation has its own set of problems that have to be considered and weighed against the benefits of the consumers. There is not one single winning market or “one size fits all” model. In each situation, important trade-offs must be made. The issue is not that deregulation does not work but that it should be done in a proper way taking into account cost-reflective pricing principles that must be fostered through regulation and active market design. ESI

2 I. N. Kessides, The impact of electricity sector reform in developing countries”, The Electricity Journal 2012.