The development of new power plants is often impeded by the availability and suitability of land.

This hindrance has encouraged the development of new techniques, which can be observed in the growing popularity of floating solar PV (floatovoltaic) plant deployment.

The first floating solar PV system was built in 2007 in Japan and the practice has also become popular in South Korea, which has 13 plants with a combined capacity of 2,271kW, where its largest system has an installed capacity of 1,000kW at the inlet water channel of the Korea East-West Power’s thermal power plant.

In 2017, the world welcomed news of the largest floatovoltaic plant – with a capacity of 40MW – that was connected to the national grid in China. This is anticipated to be surpassed in 2020 with the construction of the Seokmun Lake 100MW plant in South Korea.

The use of floatovoltaic has grown more than a hundredfold in less than four years, from a worldwide installed capacity of 10MW at the end of 2014 to 1.1GW by September 2018 – the same milestone that ground-mounted PV reached in 2000. This market growth, which appears to be dominated by the Asian region (see Figure 1), is encouraging for this technology to continue its rapid deployment trend.

While up-front costs are slightly higher, the costs over time of floating solar are on a par with traditional solar PV, because of the floatovoltaic’s higher energy yield due to the cooling effect of water. At some large hydropower plants, covering just 3-4% of the reservoir with floating solar could double the capacity of the plant, potentially allowing water resources to be more strategically managed by utilising the solar output during the day. By combining solar and hydropower technologies the resultant symbiotic system can also be used to smooth the variability of solar output.

The potential advantages of this system include:

• Reduced evaporation from water reservoirs, as the solar panels provide shade and limit the evaporative effects of wind and sun;

• Reduction or elimination of the shading of panels by their surroundings;

• Elimination of the need for major site preparation, such as leveling or the laying of foundations, which must be done for land-based installations; and

• Easy installation and deployment in sites with low anchoring and mooring requirements, with a high degree of modularity, leading to faster installations.

However, the technology is not without its disadvantages, which include:

• Exposure to weather conditions could result in unstable power output;

• Location within the water environment could lead to the corrosion of modules and structures; and

• Fishing and water transportation activities may be affected by or affect the floating system.

For countries planning on developing a well-functioning floating solar segment of a wider solar PV market, the World Bank’s 2018 report, Where Sun Meets Water recommends the following policy and regulatory considerations be addressed:

2. Water rights and permits to install and operate a floating solar plant on the surface of a water body and anchor it in or next to the reservoir.

3. Tariff setting for floating solar installations (which could be done as for land-based PV, for example, through feed-in tariffs for small installations and tenders or auctions for large ones).

4. Access to existing transmission infrastructure, taking the following into consideration:

• How will this be managed?

• Who will be responsible?

• What permits/agreements will be required?

• Whether the hydropower plant owner/operator is allowed to add a floating solar installation.

• Whether the hydropower plant owner/operator is allowed to provide a concession to a third party to build, own, and operate a floating solar plant.

• Rules of dispatch coordination of the solar and the hydropower plants’ outputs.

To support market development of the floatovoltaic industry, the World Bank states that an active dialogue among all stakeholders, public and private, is required in order to further the global understanding of floating solar technologies and to share lessons learned from early adopters. ESI

This article first appeared in ESI-Africa Edition 1, 2019.You can read the magazine’s articles here or subscribe here to receive a print copy. 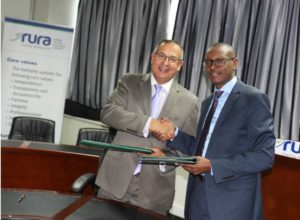