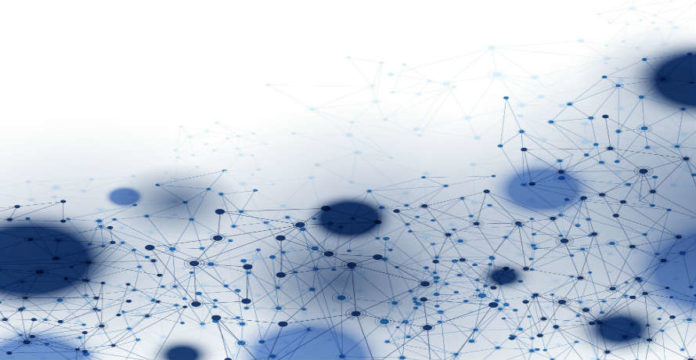 The quality of supply (reliability) of electricity supply to customers is measured in terms of the frequency and duration of interruptions. The indices used for quantifying these are SAIFI (System Average Interruption Frequency Index) and SAIDI (System Average Interruption Duration Index) respectively. Interruption of supply to customers results in huge financial losses to the customers as well as the utilities and should therefore be minimised as much as possible. Many electricity distribution companies are currently regulated within an incentive (performance) based regulatory framework in which an agreed target value of performance indices are expected to be achieved: good performance (below the target SAIDI/ SAIFI values) is financially rewarded while poor performance (above the target SAIDI/SAIFI values) is financially penalised by the regulator(1).

Failure of power system equipment is responsible for a large proportion of power system outages and associated interruption of electricity supply to customers. Other causes of interruption include vandalism and extreme weather conditions, among others. The condition of a network is usually monitored using remote terminal unit (RTU) based SCADA (Supervisory Control and Data Acquisition). More accurate real-time monitoring can be achieved using Phasor Measurement Units (PMU), and they can be used to detect looming contingencies(2).

Capital investment and adequate maintenance are necessary for a given level of reliability. To reduce the probability of equipment failure, preventive/scheduled maintenance is usually carried out. Reliability centred maintenance of power system components is necessary. If failures can be predicted before they occur, action can be taken to reduce the occurrence of unplanned outages of equipment thus contributing to meeting performance targets and reducing the cost of interruptions.

To this end condition monitoring of critical power system components such as transformers, circuit breakers and power lines is essential. This becomes very necessary as the components age or get into the wear out period. To achieve the stated objective it is necessary to identify the causes of faults using failure modes effects and critical analysis (FMECA) and the parameters that can be used to determine incipient failure(3).

Several techniques are available for condition monitoring: some are traditional methods while there are newer knowledge-based methods, and they include online or offline monitoring. Some methods used for monitoring the conditions of some critical components are described below.

The condition of a transformer is a function of the various stress factors it is exposed to. The four main stress factors are electrical, mechanical, environmental and thermal stresses. Different conditions of a transformer can be monitored in order to predict its health. Table 1 shows different indicators that can be identified by inspection while Figure 1 shows other parameters and analysis techniques. The online tap changer is responsible for most of the faults in power transformers(3).

Geomagnetically induced current (GIC) is responsible for some faults in transformers, and research is ongoing on its monitoring and mitigation(4).

Lightning overvoltage protection of transformers can also improve the reliability of distribution networks(5).

The circuit breaker is a critical component of the power system. Its mal operation usually results from hidden failures, which can either cause nuisance tripping – by tripping when it is not supposed to or failing to trip when expected to – thus making it necessary for a back-up protection to operate, and disconnecting more customers than the primary protection would have disconnected in the event of a fault.

Condition monitoring of circuit breakers is therefore important. A guide for the monitoring of circuit breakers(6) has been prepared by the IEEE/PES High Voltage Circuit Breaker Subcommittee Working Group on Quality and Reliability of Circuit Breakers. Table 2 shows different switchgear health indicators that can be identified by inspection, while Figure 2 shows other parameters and analysis techniques.

Power line inspection is carried out to detect physical hardware fatigue noticeable by human eye and by taking HD photos of each overhead power line tower, the images are analysed to identify any suspicious components. Infrared cameras are used to detect weak links and corona, which can also be detected using ultraviolet cameras.

Wire problems – breaching of clearance standards of overhead lines due to sagging – can result in flashovers.

Lidar scanner can be used to create 3D models of the lines from which all the distances can be measured. Foot patrol and helicopter inspection has been used by the South African electricity utility Eskom, to inspect overhead power lines. This inspection approach is however infrequent and expensive(7).

Performance is not necessarily a function of the age of the components. ‘If it were possible to identify high risk sections of circuits in advance and to replace just the few defective meters, just before failure occurs, the performance and costs of running the systems could be improved dramatically(10). To this end higher fault rate feeder circuits can be identified for monitoring.

Moisture ingress into cables as a result of sheath/joint water barrier failure, poor joints and voids in insulation are some of the causes of cable failure. Monitoring of cable condition off-line can be done using the following techniques(8): Pressure testing AC/DC, Fall of potential testing, Tan δ testing and Zero sequence impedance testing. Partial discharges can be detected offline using Oscillating Wave, and resonant Partial Discharge Mapping (PDM) equipment and VLF (very lower frequency test) from 6.6kV to 132kV. There is, however a limit to the application of offline monitoring since it entails switching the circuit off. Some online monitoring methods such as the use of HF current sensors have been developed(10). Time domain reflectometry can also be used for fault detection in medium voltage XLPE cables.