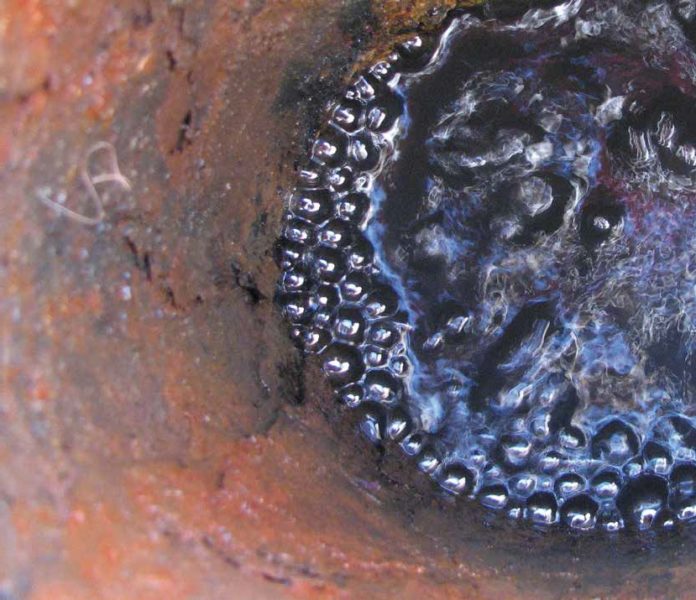 Recent data provided by the Petroleum Agency of South Africa (PASA) indicates that over 295 applications for on-shore exploration rights covering almost all the shale and coal areas that could possibly contain unconventional gas have been taken up by small, medium and very large local and international companies, writes founder of Banzi Geotechnics Oliver Barker. In the process the Karoo Sequence, the most widespread stratigraphic unit in Africa south of the Sahara Desert, has suddenly become valuable real estate, not just for its well known coal deposits but now for the gas potential of its carbonaceous and taconite rich shales extending through the sequence and developed from the Western Cape to the Northernmost areas of South Africa (Figure 1) and into its neighbouring countries, especially Swaziland, Botswana, Zimbabwe, Namibia and Mozambique.

So why do we have no CBM production?

The main reason is that the coal industry in South Africa produces over 370Mmtpa and is valued at more than US$3 billion operation. Coal sales run at about 260Mmtpa (including exports), of which about 40% of production is exported. Most noteworthy is that currently coal supplies over 90% of the country’s energy requirements.

However, there is only a tiny amount of CBM production in South Africa, against a loss of several million cubic metres of methane to the atmosphere per annum through coalmines and unsealed exploration holes. This loss, first recorded in 1910, continues today with the exception of the area around Welkom in the Free State province where the gas is now collected and sold commercially. Methane gas is thus not new to the South African energy scene and the country.

In fact, SA is now being gradually introduced to the idea of gas as a primary energy source with the massive offshore gas discoveries in Mozambique and around its western seaboard in particular. In the southern Karoo a 485TCF (Trillion Cubic Feet) (35.315CF=1m3) (14Bm3) Shale Gas resource is estimated in the Collingham, Whitehill and Prince Albert formations.

Setting the scene and fundamentals of coal bed methane

Coal bed methane is sourced from coal seams and is an important source of natural gas globally. The optimal requirements for the production and reservoiring of CBM are that the coal should be a high vitrinite, low ash variety, with a porosity of 10-15 % and a permeability of 110 mD (milli Darcy’s).

Coal seams should have a minimum thickness of 1.5 metres, be saturated and be buried to a depth greater than 200 metres, although preferably greater than 600 metres. The subsidiary, rift-controlled, northern Karoo basins, together with northern parts of the Main Karoo Basin, are considered to be the most prospective areas in South Africa for CBM (Figure 2).

The state of play of CBM in South Africa

South Africa’s coalfields’ names are regionally derived (Figure 2), whilst the differences in coal qualities and rank are gradual between the linked coalfields, but are markedly different between those coalfields that are remote from each other. The differences play out in the context of the exploration model proposed by Kaiser (1994) and Scott (2002).

The exploration, targeting and modelling of CBM in South Africa

Owing to the lack of published, detailed work on CBM much of the exploration work being done in South Africa is at present based on first principles.

Hence, there is a need to develop a new locally relevant exploration model in order to place applications for ground that have the best chance of being producible and ultimately economic.

The following six exploration model parameters, as per Kaiser et al 1994, are key to the discovery of a producible gas deposit:

The optimum combination of these parameters will, ideally, provide a producible gas target. There will never be a perfect fit but if adequately positive results are obtained some degree of producibility should be achieved.

Each target and each coalfield has a unique geological, structural and environmental setting.

Consequently, there is no `general’ set of conditions that will apply across all coalfields. Each has a unique combination of the six parameters listed above that may, or may not, create conditions favourable to gas production and, most importantly, to an economic deposit. It should be immediately emphasised that `producibility’ does not equate to `economically viable’. Viability and economic conditions include external factors such as location or distance to market, market demands and quality, volumes available and above all cost of production (pumping time, costs and volumes of water needed to be managed, cleaned and disposed of), among others.

Of the 22 target coalfields, the Witbank, which is extensively mined and largely shallower than 150 metres from surface, is the least likely to host a producible and economic gas field. The Highveld Coalfield has some potential in its deeper areas to the south and west of the coalfield, as does the Ermelo Coalfield, which is now the focus of several CBM projects, especially in the Amersfoort area. Dolerite intrusions are numerous and provide for high perm zones of secondary accumulation.

More recently, the KwaZulu-Natal Coalfields have been targeted with applications for massive exploration rights in the area. Of the southern basins, the South Rand Coalfield would appear to hold some potential as do the Free State coalfields where an underground coal gasification (UCG) project is being developed and where a combination of CBM and Helium (and argon) are highest (helium up to 13.3%) (Smaldeel project).

The targets to the north of the central coalfields include the Springbok Flats; and the Waterberg Coalfield is one of the best potential fields in South Africa at present with a coal zone of over 80m of thin but interbedded coal and coal rich shale.

It may be concluded with reasonable confidence that there are numerous targets for CBM in South Africa that could produce gas. These are likely to be located in conventional and structurally (complex) environments.

Currently initial targets are being largely defined on one or more of the following criteria:

Issues that also need to be factored in, in order to get an economic recovery, include the location of the deposit (avoiding the stranded deposit scenario, which has been the Waterberg situation for some time and, above all, the far northern coalfields on the northern side of the Soutpansberg mountain range).

Based on simplistic modelling, it is possible to provide an approximate estimate of in situ gas (Table 1) to which would have to be applied numerous modifying factors such as depth, structural continuity, primary or secondary conditions and many more modifying parameters. Once these have all been considered, it is likely that the potential resources could be more than quartered. However, even 12TCF optimally located could power independent power producers’ (IPP) projects and provide gas sales to local industries, freeing them of a dependence on diesel and coal-fired power.

In conclusion, there are numerous targets for CBM. Currently these are being largely defined on coal thicknesses, depth, coal quality and rank (Waterberg, Tuli, Springbok Flats and Mopane); and the historical presence of gas in coal exploration boreholes (Ermelo, Highveld and Free State coalfields).

At this point, some general statistics (Tables 2 & 3), help to place South Africa in the international context as regards CBM.

Placing South Africa in the global CBM space is sobering as the country has no defined CBM reserves and only an uncertain resource estimate.

If the initial estimate is even close to the number at 12TCF or 363Bm3, this will still place South Africa on the world stage as a CBM producer. ESI