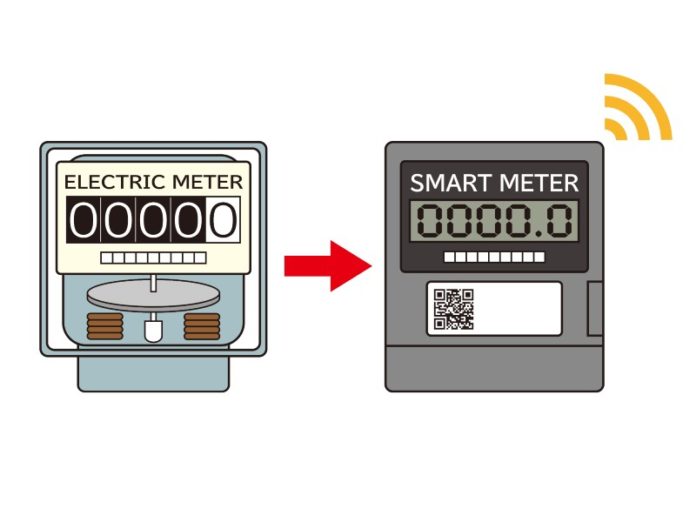 A non-technical loss reduction initiative by a Ghanaian utility in 2019 to replace post-paid meters with anti-tamper, anti-fraud and anti-theft smart prepaid meters is the focus of an assessment into the effectiveness of using smart metering to overcome such losses.

The study assessed the effectiveness of the NTL programme using the difference-in-differences fixed-effect (DID-EF) approach. On average, the results indicated that the reported amount of customers’ monthly electricity consumption increases by 13.2% when any tampered post-paid meter is replaced with a smart prepaid meter. The study’s authors further employed quantile difference-in-differences regression and observed that reported energy consumption increased for all households except those at the lower quantile (25th quantile).

Detecting electricity theft involves conducting regular on-site visual inspections to identify illegal meter connections. Doing so is a very tedious exercise and is very expensive for utilities. Most residential consumers indulge in unlawful connections at night when utility workers are not working. Another method of checking electricity theft involves studying a consumer’s consumption patterns to identify very low or zero energy recordings and then following up at the consumer’s premises to ascertain what the cause may be.

These approaches to detect electricity theft are cumbersome, and the expected gains or results are unsatisfactory. To address this problem, NEDCo implemented an NTL reduction programme in 2019, which sought to replace post-paid meters with anti-tamper, anti-fraud, and anti-theft smart prepaid meters.

For the study, the authors used the monthly electricity consumption reports from 1,666 NEDCo residential customers over a period of 24 months (from 2018 to 2019). A total of 46.3% of these residential customers were switched to smart prepaid meters in 2019 and were compared with the remaining 53.7% who continued using post-paid meters.

Compared to the existing research in this area, this study is novel and contributes to two aspects. Firstly, to the best of the authors’ knowledge, the paper is the first causal-inference study of smart meters’ impact on NTL, controlling both the other macro shocks and unit-intrinsic heterogeneities by using a DID approach. Secondly, the study employs quantile DID regression to estimate the impact in the various customer categories, such as low-demand and high-demand customers, to give a policy direction for NEDCo. The study analyses the heterogeneous effects of electricity theft for various customer categories. It provides policy directions to utilities and the government about customer behaviour regarding electricity cheating and measures to adopt to resolve these problems. Finally, it provides vital policy significance for utility companies and energy policies.

The impact of the smart prepaid metering programme on monthly energy consumption was estimated using the DID-FE model. On average, 12.656kWh more energy consumption per month is now reported by smart metering, which is significant at a 1% level. Compared with the mean pre-treatment energy usage level of 95.539kWh for treatment customers, this increase in electricity demand is equivalent to retrieving approximately 13.2% of electricity losses. It is straightforward to interpret this as the recovered NTL, as cheating is now more difficult after smart meters are installed.

The robustness checks to confirm the superiority of our chosen model were conducted using: a) statistical tests to confirm common trend assumption; b) simple comparison of post-treatment values between treatment and control groups; and c) balance test.

The consumption pattern of the residential customers in Berekum was affected by seasonality and a project that Ghana Grid Company (GRIDCo) and NEDCo were embarking upon during the smart prepaid metering programme. The hot season mainly starts in January and ends in March, while the cool season starts at the end of June and ends in September. During the same period of the project, GRIDCo (the main power transmitter) and NEDCo constructed a bulk power supply point (BSP) and 161kV line from Sunyani to Berekum.

The construction of this project resulted in some planned outages and may have affected customers’ consumption patterns, as depicted in Figure 1. However, the authors observed that the planned outages affected the control and treatment groups equally and at the same time, since they are all on the same feeder and in the same community. Indeed, Figure 1 shows that the unobserved factors that have affected the control group have also equally affected the treatment group, since these two groups share a common trend over time before treatment. This presence of the parallel trend in the consumption pattern of residential customers suggests the robustness of DID as the identification strategy.

The study further conducted a robustness test on pre-trends to ascertain the validity of the identification. Using the DID-FE model, it was checked whether the coefficients were statistically significant when perturbing the treatment timing to other time points. The coefficients of these falsification tests for the placebo treatment timing starting from February 2018 up to May 2019 were not statistically significant, indicating that there were no heterogeneous trends in the pre-treatment period and that the parallel trend assumption was satisfied. However, the coefficients of the post-trends for the interaction terms from June 2019 to December 2019 were statistically significant, indicating the causal effect of the smart prepaid metering programme. This is shown in an event study plot of the average treatment effects of the coefficient estimates and their confidence intervals for the interaction terms in Figure 2.

Simple comparison of post-treatment values between treatment and control groups

Based on the “as if” randomness of the smart meter installations performed by the installers, we conducted a naive comparison between treatment and control; i.e., those installed with smart meters and those who stay with the conventional meters. The authors first conducted a two-sample test to evaluate whether there were statistically significant differences between the control and treatment groups in their post-test electricity consumption. Table 1 presents the results that show that the p-value is significant at the 1% level; and this is an indication that the treatment and control customers had statistically significant differences in their electricity usage after the treatment customers switched to smart meters.

To ascertain the validity of the above results, a simple comparison of the electricity consumption values for customers in the control and treatment groups before implementing the programme is conducted, and the results are presented in Table 2. The result indicates possible unbalancing with weak (10%) statistical significance, implying that the smart meter installations were not perfectly random, which therefore justifies the use of DID to eliminate potential time-invariant confounders.

Results of the quantile DID regression

This study further aims to understand the conditional quantiles of the recovered NTLs for different customer categories rather than only obtaining the average impact of smart metering. Figure 3 shows the density distribution of the monthly electricity consumption of the households treated by the smart prepaid metering programme. The authors separated the treatment group data into two time periods: before and after the implementation of the smart prepaid program. Figure 3 shows that the number of customers with zero (or very small) electricity consumption (the bar on the far left in each panel) sharply dropped after the smart prepaid metering programme was implemented.

This also indicates that cheating, such as meter bypassing, is now difficult after the smart meter is installed, at least for these low-demand customers. Thus, we give a closer look at the heterogeneous impact of smart metering on the households with different demand intensity in this section. To this end, the results from the quantile DID regression are presented in Table 3. As a referencing benchmark, column 1 shows the average treatment effect (ATE) estimated by using the entire sample, which tells that the recovered energy is 12.648kWh/month at 1% significance.

For instance, the quantile DID result in column 3 shows that at the 25th quantile, the treatment effect is –1.810 kWh/month and not significant. Therefore, one would make a poor decision if it is based on the overall estimation only. The results of the coefficients for the 10th quantile (column 2) and 50th quantile (column 4) are 4.37kWh/ month and 6.65kWh/month, respectively, at 1% significance; however, a comparison with the overall result (column 1) shows that the latter is overestimated for these categories of customers.

Similarly, comparing the results of the coefficient for the recovered energy in the overall ATE (column 1) indicates that the ATE is underestimating for residential customers at the 75th quantile (column 5) and 90th quantile (column 6): 20.60kWh/ month and 27.90kWh/month, respectively. Figure 4 provides the treatment effect of smart metering by the demand intensity of the consumers. Horizontal dotted lines are the average treatment effect and its confidence intervals. From the figure, it is clear that recovered NTL is different across the quantiles.

Additionally, in the quantile DID, it was observed that the treatment effect decreases from the lowest to lower quantiles (10th to 25th quantiles) and increases at higher quantiles (toward the 90th quantile) with opposite signs across the quantile. This indicates that only those households around the 25th quantile (i.e., the 1st quartile) did not conduct the cheating, or they are the only honest customers.

The study did conclude that smart prepaid metering could be a remedy to reduce NTLs for the distribution sector in areas where electricity theft is rampant. ESI

Rising to the challenge – Initiate

Breaking barriers in digitalisation of the last mile

Is nuclear relevant to an African power build programme?