Desalination (desal) has been around since the mid-20th century. Still, earlier technologies for the process of turning seawater into potable water were often less effective and more energy and financial drains than worthwhile.

On average, desalinated water has been two to three times more expensive than other water sources like fresh rivers and groundwater aquifers. One of the most significant expenses is the energy required to run the plant. At most desal plants, electrical energy accounts for about 35 to 40% of total operating costs. However, with new energy recovery devices and renewable energy options such as solar and wind, the net benefits of desalination are growing.

The theoretical absolute minimum amount of energy required by natural osmosis to desalinate average seawater is approximately 1 kilowatt-hour per cubic meter (kWh/m3) of water produced. In terms of gallons, it is 3.8 kilowatt-hours per thousand gallons. For reverse osmosis, the high-pressure system used to desalinate saltwater requires a high amount of energy. With recent technological advancements and innovations in high-efficiency pumps, energy recovery systems and overall higher efficiency plants, the actual expected consumed energy has been reduced.

Billions of gallons of water are forced through the pressure treatments, consuming an average of 10-13 kilowatt-hours per every thousand gallons. [Reference: Membrane Desalination Power Usage Put in Perspective. American Membrane Technology Association (April 2016)]

While not all desal plants are producing at the same efficiency levels, there are some incredibly positive examples of new technology, municipal strategies and utility innovations that continue to support the push for desalination in water-stressed areas. We can look at just two examples to gain best practices: the United Arab Emirates (UAE) and Israel.

Israel has been at the forefront of water technology innovation, providing the water-stressed country with sufficient, reliable, and high-quality water. Achieving water security requires continual investment in water infrastructure. As such, since 2000, Israeli national leaders have set mandates and developed strategic plans to build multiple large-scale desalination plants and ensure the country’s water security. Water quality and environmental protection methods have been underlying themes of each strategic decision.

In addition to the desalination plants, Israel has implemented strong demand management and consumption practices, reuse of treated wastewater for agriculture, and a national bulk water conveyance system to carry water to the distribution system providers and ultimately the end consumers.

At present, there are 70 desalination plants across the UAE. Shuweihat S2 power and water plant in Abu Dhabi has a production capacity of 1,510MW of electricity and 100 million imperial gallons (MIGD) of water per day. The Jebel Ali power station in Dubai is the largest power and desalination plant in the UAE, with six gas turbines capable of producing 2,060MW and 140MIGD of water.

Dubai Electricity and Water Authority (DEWA) announced plans in 2019 to build its first solar-powered desalination plant as the emirate tries to diversify away from burning fossil fuels to increase its water supply. The plant, using reverse osmosis technology, will have the capacity to produce 120 million gallons a day of drinkable water by 2024. DEWA is also developing a reservoir to hold as much as six billion gallons of water reserves. Photovoltaic reverse osmosis will become the standard as DEWA aims for 100% renewable energy desalination in Dubai.

The UAE Water Security Strategy 2036 aims to ensure sustainability and continuous access to water during normal and emergency conditions. The strategy was developed from a comprehensive national perspective to cover all elements of the water supply chain in the country with the participation of all entities and authorities concerned with water resources.

Despite past challenges and acute water scarcity, the ambitious water reforms of the early 21st century, and innovative strategies for sustainable water management have proven the UAE and Israeli water stories are worth emulating. Given the growth of the global desalination market, the development of clean-energy driven desal is more urgent than ever.

To this need, the US Department of Energy (DOE) recently announced the launch of the $9 million Solar Desalination Prize, a competition to accelerate the development of systems that use solar-thermal energy to produce clean water from very-high-salinity water. It is also part of the Water Security Grand Challenge, a White House-initiated, DOE-led framework to advance transformational technology and innovation to meet the global need for safe, secure, and affordable water.

Successful desalination solutions must prove to be sustainable by producing the same quality of freshwater, with lower costs and less impact on the environment than older methods. Water quality expectations from the desalination process should strive to produce and deliver safe drinking water that meets all quality specifications. The WHO Guidelines for Drinking-water Quality (GDWQ) provide comprehensive information in this respect, and it applies equally to conventional or desalinated drinking water.

Due to its nature, origin and typical locations where practised, desalinated water provides challenges to be considered in respect to both potential chemical and microbial components. However, advances in technology are overcoming the challenges. Examples are the incorporation of smart devices and Industrial Internet of Things (IIoT) applications designed to detect, anticipate, and manage issues before they become problems.

Plant operators are extensively implementing automation and digitalisation to predict and diagnose problems better and conduct maintenance using all the data desal plants produce. In addition to raising water quality measurements, this will extend the life of the equipment, reduce chemical consumption, reduce waste to the environment and reduce OPEX.

Having a secure, quality water supply is critical for the socio-economic well-being of nations today and future generations. The technology innovations that continue to deliver quality drinking water through sustainable, energy-efficient desalination are imperative to growth, economic success and regional peace. ESI

Bobbi Harris is a utility telecommunication and smart city industry expert and the founder of Smart Water, Smart City, LLC. She is a leader in market analysis, strategic intelligence, and marketing strategy. Her insights are sought by key stakeholders, including elected officials, investors, and electric, water and gas utility leaders and technology executives worldwide. 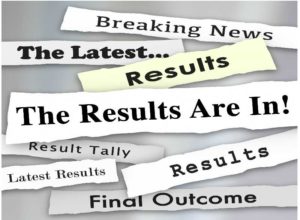