The idea of hosting the SKA in the Northern Cape started in 1991, when five sites around the world were identified to host the project – the most powerful radio telescope in the world.

To improve the chances of securing the bid to host the SKA in South Africa, in 2009, two projects were initiated in the Northern Cape, namely the MeerKat project and the Kat-7 project.

The MeerKat project saw 64 dishes successfully constructed and the Kat-7 project is an engineering prototype to demonstrate to the world the capacity of South Africa, in particular, the Northern Cape, as an ideal destination with the capacity to build the infrastructure for the SKA project.

Have you read?
SALT using the sun to see the stars
Space-age set to soar with roads, power and fibre infrastructure

In a statement on the SAnews.gov website the Department of Water and Sanitation said: “To achieve these projects, water became an absolute necessity, a catalyst for the successful implementation of the MeerKat and KAT-7.

“Water was required for the construction of roads leading to where the dishes would be erected, the construction for the foundation of the SKA dishes and antennas. Furthermore, water was also needed on site for drinking and ablution facilities for the people that would be working on the project.’

In 2011, the department started with groundwater exploration to ensure water availability and sustainability and to determine the impact on groundwater resources.

“It was concluded that water abstraction will not compromise the water table. Consequently, 21 water provisioning boreholes were drilled from which 12 gave sufficient water,” the department said.

In August 2012, the department received, processed and granted a 20-year water use license, with conditions to be reviewed after every 5-year period to ensure compliance with all water use regulations. One of these regulations relates to culverts being erected on the road to avoid disturbing the natural flow of water when it rains.

“In the year after the commencement of the construction of the SKA, the project had used only 82% of the water allocated for use, an indication that the water was used within the conditions of the water use license.

“Quarterly monitoring is being done on the site to make sure that groundwater is being managed properly,” the department said. 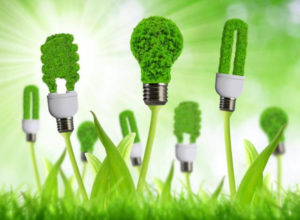