The African Water Facility (AWF) has contributed to the institutional strengthening of competent water organisations in regional member countries (RMCs) in Africa.

The Facility remains an essential instrument for the continent, according to the Independent Development Evaluation (IDEV) of the African Development Bank. The AWF is one of the few actors in the water sector that intervenes at the continental level in Africa to support the preparation of projects.

Read more:
Interventions that are improving energy and water access in Africa
Ghana lands $125m to improve water supply and sanitation services
Kenya: Water and sanitation access around Lake Victoria to be upgraded

In a report published in September, IDEV underlines that AWF projects have appropriately and satisfactorily influenced sanitation governance in RMCs in terms of stakeholder engagement, strategic development and practices, improvement planning and administration, private sector engagement, among others.

The report adds that the support has contributed to the promotion of cooperation between local residents and stakeholders, bridged the institutional gap, and facilitated the improvement of policies, laws, regulations and information systems within the framework of the management of shared water resources.

Since its inception in 2005, AWF has implemented 118 projects, a quarter of which are in countries in transition and vulnerable contexts. However, the framework within which they were conceived as transformative projects is limited.

In addition, IDEV notes that AWF has certainly helped beneficiary organizations and/or countries to generate useful knowledge about water, but it has been ineffective in creating knowledge products on a scale likely to benefit lessons learned from its interventions.

The independent evaluation, therefore, made five recommendations to improve the functioning of the instrument.

“The AWF must be more flexible and efficient, to maintain its comparative advantage and fulfill its missions, in collaboration with the Bank. In addition, the operations of the Bank and the Facility must be synchronised as much as possible in order to maximise synergies between the two institutions”, suggests the Independent Evaluation Unit.

In view of the political origins of the Facility, the independent evaluation of the development of the Bank calls for the composition of the AWF board of directors to be broadened to encompass a wider set of partners and to improve its strategic orientation. The AWF must also improve the publication and communication of its results to its various partners, adopt concrete measures to improve its operational efficiency and collaborate more with decision-makers. 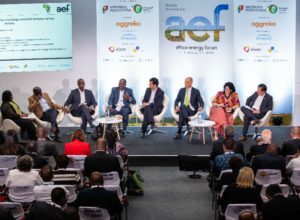 AEF 2020 to address SDG7 and impact of energy investment