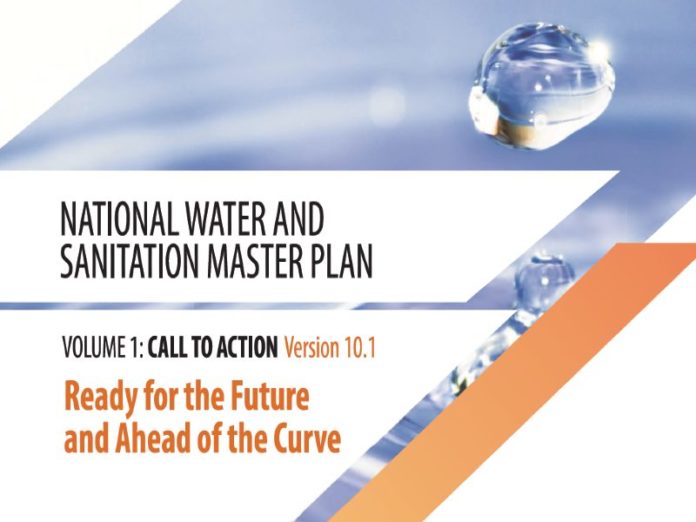 The constitution of South Africa contains several provisions that pertain directly to water and sanitation, the third among them being that everyone has the right to access water.

Constitutional imperatives, combined with national water and sanitation policy papers (National Water Act and the Water Services Act) give the water sector the mandate to:

Despite these constitutional provisions, the country is experiencing significant challenges in achieving the mandate.

As such, the National Water and Sanitation Master Plan (NW&SMP) is a concise summation of the top priority issues confronting the water and sanitation sector at this time and which seeks to rally all water sector stakeholders in South Africa to work together in order to ensure that the country gets ahead of the curve in relation to both current and future challenges.

Tune in for the discussion:
A sceptic’s guide to municipalities and desalination

Just how big is the problem?

This crisis is already having a significant impact on economic growth and the well-being of everyone in South Africa:

The plan says, if followed, South Africa can avoid the projected 17% water deficit by 2030… but that will only happen if all suggested measures are followed. The NW&SMP says to achieve a positive national water balance by 2030, the country must tackle the supply and demand side of water management.

So, on the demand side, over the next ten years, South African households need to consume less water and municipalities must waste less water. And, on the supply side, new dams and transfer schemes need to be built to increase the surface water yield. Significantly, the NW&SMP says alternative water resource such as desalination, reuse and groundwater all need to be developed.

The Plan puts the responsibility for desalination and other alternative water projects with municipalities, where institutional capacity deficiencies are pronounced, and discussed in the NW&SMP.

ESI Africa will take a look at this first alternative water resource in the webinar Municipalities & Desalination: A sceptic’s guide on 23 March. Click on the banner below to register.

Volume One of the NW&SMP is the Call to Action, which sets out the critical priorities to be addressed by the water sector in the period from 2018 – 2030. These priorities are clustered into two sections, namely, Water and Sanitation Management and Enabling Environment.

Volume 2 of the NW&SMP is the Plan to Action, which provides the basis for, and a more detailed analysis of, the key issues underpinning the Call to Action.

Volume 3 of the NW&SMP is a Schedule of Actions. The purpose of Volume 3 is to order and define all actions and interventions identified within Volume 1 and Volume 2 of the NW&SMP into annual measurable outcomes inclusive of roles and responsibilities, time frames and associated estimated costs.

Burundi to get new substation and transmission line