Namibia has inaugurated its first ever fully solar-powered seawater desalination system, moving closer to achieve its efforts in becoming self-sustaining.

The inauguration took place earlier this month at the University of Namibia by H.E. Dr Sam S Nujoma, the founding President of the Republic of Namibia.

UNAM Vice-Chancellor, Professor Kenneth Matengu, commented: “The impact we hope to receive through this plant is to contribute to food security and increase energy supply while simultaneously combatting and mitigating the effects of climate change. We can make Namibia green.”

According to the media statement, the system is among the first desalination plants in the world to operate on 100% renewable energy. It was designed and delivered by a Finnish water tech company called Solar Water Solutions. Read more: Desalination market growth in Africa on the rise, report

The decentralised system is situated close to the beach and installed in a container, it produces 3.500 litres of water per hour from the ocean with zero energy costs and without any batteries, MyProperty reported. Read more: Solar to power Dubai’s desalination plants

Adding that the system can also be used as a hybrid with electricity or a generator if needed. The equipment removes salt, bacteria, chemicals, viruses and other impurities from the water.

“The life-cycle costs of this solar-powered desalination solution is more than 70% lower than conventional systems, as there are no energy costs or need for fossil fuels,” says Antti Pohjola, CEO of Solar Water Solutions. 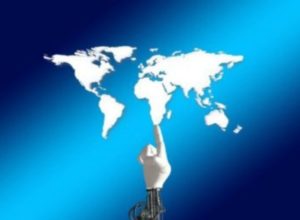 SA business must move to catch up with hyper-automation trends