A partnership programme to manage the clearing of invasive alien plants has been implemented at the Steenbras, Wemmershoek and Atlantis catchments areas, using specialist commercial contractors. The City is currently exploring a partnership with The Nature Conservancy to clear invasive alien vegetation in the higher-lying areas in the Wemmershoek, Berg River and Steenbras Dam catchments.

The City’s Water Strategy was crafted and adopted in response to the city’s worst drought on record, and serves as the foundation for the NWP, through which the City has accelerated efforts to diversify its water sources. The programme aims to produce approximately 300 million litres (Ml) per day through groundwater abstraction, desalination and water reuse by 2030.

“We are pleased with the progress in actioning these projects, despite the challenges associated with the pandemic,” said Limberg.

Drilling and construction on the Cape Flats Aquifer Managed Aquifer Recharge Water Scheme are underway. The first wellfield (borehole cluster) in Strandfontein is almost complete. The first groundwater injected into the water supply network is expected towards the end of the third quarter of 2021. This aquifer recharge component is planned to be in operation by 2024.

Managed recharge means the City will fill up the aquifers where groundwater has been used, on an ongoing basis. Aquifers become an underground storage space that is not affected by evaporation in the same way that dams are.

Currently, WRMS is being upgraded and expanded through the NWP and the eventual total capacity from the combined wellfield will be about 35 Ml/d. The established Managed Aquifer Recharge component uses treated wastewater and stormwater diverted to the recharge basins, where it infiltrates into the sandy aquifer. Only the Witzands Wellfield receives Managed Aquifer Recharge water.

The Table Mountain Group Aquifer (TMGA) borehole cluster is located alongside the Steenbras Dam and produced its first water in 2020. These boreholes have targeted the Nardouw Formation of the TMGA and range from 150m to 350m in depth. They have the potential to produce a cumulative yield of 19Ml per day.

The City has installed four boreholes, capable of producing 10Ml per day. These are injected into the water supply network via the Steenbras Dam and the Faure treatment plant. Further drilling is targeting the Peninsula Formation of groundwater in aquifers there. It is anticipated the full yield of the Steenbras Cluster will be about 25 Ml/d.

Water reuse refers to treated wastewater purified through an advanced purification process to produce drinking-quality water. The City is currently in the design phase of the permanent Faure New Water Scheme project, meant to provide 70ML per day (ultimately increasing to 100ML per day, if necessary). This water reuse scheme is expected to be completed in 2026.

The City has been preparing for this through consultation with a range of industry experts, as well as civil society, while gaining experience by running a smaller-scale demonstration plant currently located at the Zandvliet Wastewater Treatment Works.

Have you read?
Eight sustainability trends shaping business in 2021

A peer review panel, including local and international experts, is in the process of being set up through the National Water Research Commission.

Water reuse is a conventional and significant part of the bulk drinking water supply in various water-stressed cities within the United States, Singapore and Windhoek, among others. Windhoek has been drinking treated wastewater for over 50 years. Perth in Australia is also in the process of planning a reuse scheme.

The water reuse temporary demonstration plant was originally conceptualised, authorised and constructed as temporary emergency intervention in response to the severe drought. However, the dam levels supplying Cape Town recovered before the emergency plant was commissioned. “Recognising that this created potential for additional stakeholder engagement around this concept, it was therefore repurposed into a demonstration plant,” explained Limberg.

The demonstration plant has been in service since mid-2019 and will be available to the City until the end of May 2021 when the contract with the supplier comes to an end.

Over the contract period the City has been validating water quality results to ensure water from the plant is safe to drink. The strictest available standards for purified wastewater are being used in assessments, including international standards prescribed by the World Health Organisation and United States Environmental Protection Agency and other countries.

The purified water produced by the Demonstration Plant has not been integrated into the drinking water distribution network. The water produced is currently being used for industrial service water in the operation of the existing Zandvliet Wastewater Treatment Works.

Desalination in the City of Cape Town

The temporary desalination plants based at Monwabisi and Strandfontein, which together produced 14Ml/d during operation, have been decommissioned and the sites are being rehabilitated, while the pipelines leading to the ocean are removed.

“These facilities have provided invaluable information about the commercial desalination process and its technological scope, which has greatly assisted with the planning for the proposed permanent desalination plant,” said Limberg.

Plans for a permanent desalination plant, with an approximate yield of 50Ml/d, are progressing and the technical feasibility study has been completed, the outcomes of which are currently under review. An assessment of the financial viability and mechanisms for the delivery of infrastructure will be part of the next objective.

Desalination, encouraging industrial and domestic water re-use, address non-revenue losses such as water leakages and exploring groundwater options are all ways spelt out in the National Sanitation and Water Master Plan of South Africa to reduce water demand and ramp-up water supply.

Much of the responsibility for turning the measures into action devolve to local authorities and municipalities. A case in point would be using desalination for large scale water procurement in coastal areas. Click on the banner below to log into today’s webinar on Municipalities and Desalination to find out more about the ways South African municipalities are addressing water supply issues. 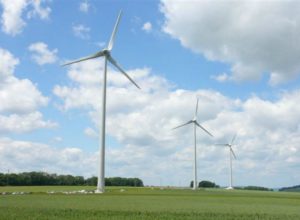