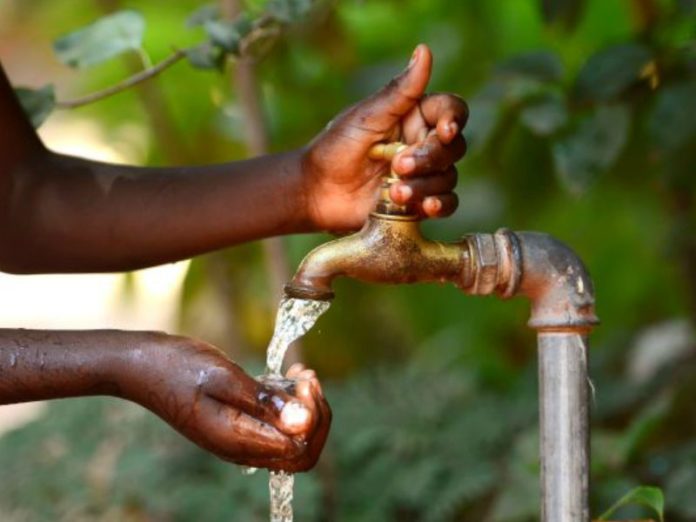 Developed in consultation with member states and other water and sanitation sector partners across the continent, the need for the ASPG was conceptualised in 2017 after initial support for the development of sanitation policy in four countries revealed that huge efforts were needed for such individual country support.

Notably, the assessment revealed that five years into the era of the Sustainable Development Goals (SDGs), close to 61% of the policies were still focused on the Millennium Development Goals.

Have you read?
Sanitation and Wastewater Atlas pinpoints opportunities for change

“This brought the need for the development of standard sanitation policy guidelines to support policy development, review and revision,” acting AMCOW executive secretary, Thomas Banda said: “ASPG is needed to position member states to respond to the continental and global commitments and goals for sanitation in order to accelerate universal access to safely managed sanitation and eradicate open defecation. Some of these include the 2015 AfricaSan Ngor Ministerial Declaration and the Sustainable Development Goals (SDGs) 2030, especially goal 6.2.”

In her goodwill message on behalf of the Chairperson of the African Union Commission Moussa Faki Mahamat, Ambassador Josefa Leonel Correia Sacko, the Commissioner for Agriculture, Rural Development, Blue Economy and Sustainable Environment (ARBE) of the African Union (AU) emphasised that access to safe water and sanitation as a human right for all people, and called on all donors and governments across the continent to support AMCOW and AU to ensure that the ASPG is used by African countries to provide adequate access to water and sanitation for all in Africa for social and economic development in line with Africa Agenda 2063.

Speaking at the launch, Amina J Mohammed the Deputy Secretary-General of the United Nations commended AMCOW for developing the African Sanitation Policy Guidelines. “This important work will provide African Governments with guidance for enhancing or developing a clear and comprehensive sanitation policy to pave way for large scale national sanitation policies,” she added.

On his part, the Director-General of the World Health Organization (WHO) Dr Tedros Adhanom Ghebreyesus said: “The African Ministers’ Council on Water is working to accelerate high quality investment and leadership in sanitation through the African Sanitation Policy Guidelines, which draw on the principle outlined by WHO for sanitation and health. We look forward to working with AMCOW and African governments to provide sanitation for all. History shows that societies that invested in sanitary improvements became healthier, wealthier and more powerful, but the lack of sanitation makes a country more vulnerable to illness and epidemics which grounds the whole society.”

The Executive Director of UNICEF Henrietta Fore said that UNICEF is committed to working closely with these communities and with African Ministers to translate the ASPG into safe sanitation in more African communities. “To start we will roll out the guidelines in two countries this year with more countries and regions to follow next year,” she added.

Speaking at the launch, the president of AMCOW who is also Namibia’s Minister of Agriculture, Water and Land Reform Carl Gustav Schlettwein said Namibia was committed to creating a standalone sanitation policy using the ASPG and encouraged other countries to take advantage of the ASPG to improve their sanitation policies.

Ministers in charge of sanitation and hygiene from Kenya, Ethiopia, Nigeria, Cameroon, Egypt, Senegal and South Africa all commended AMCOW for developing the ASPG and promised to use it to improve the enabling environment for sanitation in their countries.

Notably, Suleiman Adamu, the Minister for Water Resources of Nigeria said that Nigeria was faced with the task of providing access to at least basic sanitation for more than 100 million Nigerians and the ASPG offers a huge opportunity to accelerate that. He added that “Nigeria will use the ASPG to upgrade its Water Sanitation policy of 2004 and work closely with the 36 units (states) so that each of them uses the ASPG to ensure that their policies are context-specific, aligned with the Federal Level policy and standard, and adapted to the ASPG”.

The launch, which took place virtually because of the COVID-19 measures in place across the world, brought together Ministers responsible for water, sanitation and hygiene across Africa, the African Union, the United Nations agencies, donors, water and sanitation specialists across the continent.

The development process involved a rigorous consultation with member states, sanitation policy makers and diverse stakeholders across the African continent. The ASPG was presented, views and contributions of participants captured and documented to ensure follow up and to help in the planning for support to member states to uptake and use the guidelines.