The trio arrested on Monday by the country’s anti-corruption unit, the Zimbabwe Anti-Corruption Commission and have been released on $1,000 each, reports the Independent Online.

Mangoma, Chifamba and Mutasa are accused of awarding a switchgear contract to a South Korean company in October 2011 without going to tender. As a result, the state contends that the power utility was prejudiced of $850,000.

It is reported that the State alleged that then, Mangoma plotted with Chifamba to “unlawfully and intentionally do that which was contrary to or inconsistent with his duties as a public officer by approving a business plan on the proposed switch gear technology transfer agreement between Techpro Company of South Korea and ZESA Enterprises a subsidiary of ZESA Holdings without going through the tender procedures for the purpose of avoiding competitive bidding process thereby showing favour to Techpro Company of South Korea”.

As part of their bail conditions, the three have been ordered to surrender their passports, report once a week to a police and to continue to reside at their given addresses until the matter is finalised. 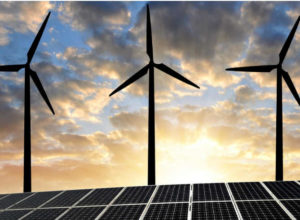