In the latest update from Eskom on Saturday, 22 February, the utility stated that it would stop rotational loadshedding at 17h00, owing to an “improved generation system performance”.

Eskom further commented that: “Unplanned breakdowns have reduced, giving us some reprieve from loadshedding during the night while affording us some headroom to replenish the emergency reserves to better meet the week’s demand. Unplanned outages or breakdowns were at 10,553MW as at 08:00 this morning, while planned maintenance is 5,679MW. “

“We regret that Stage 2 rotational loadshedding will be implemented from 09:00 today [Thursday] until 06:00 on Saturday owing to the loss of three additional units overnight that has increased the shortage in capacity,” the utility said in a statement.

There is a high probability that loadshedding will continue over the weekend, as there is a need to replenish reserves for the coming week.

Emergency reserves are currently being utilised to supplement the shortage in capacity. “While we regret the short notice, we have communicated earlier that any shift on the system will require the implementation of loadshedding at short notice. We will provide regular updates,” said Eskom.

Prepare for loadshedding to return

The state-owned power utility announced on Wednesday morning that while no loadshedding is currently anticipated, there is a high possibility that it will be implemented.

While Eskom is not currently implementing loadshedding the possibility later today [Wednesday, 19 February] has increased as “we have lost additional generation capacity due to unplanned breakdowns,” the utility advised in a statement.

“We remind customers that the system remains vulnerable and that loadshedding can be implemented at short notice if there are any additional changes in the system performance. Eskom will communicate regularly.”

Unplanned outages or breakdowns were at 11,249MW as at 05:45 on Wednesday morning while planned maintenance is at 4,573MW, the company acknowledged. “Emergency reserves are at adequate levels.”

There is a possibility of increased loadshedding over the next 18 months as Eskom is conducting critical maintenance to restore the ageing plants to good health.

*We will update this story as information is received. The latest edit to the story is 22 February at 21h00. 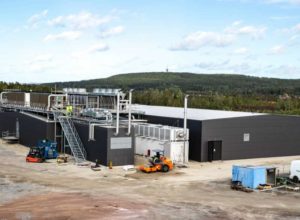