An American corporation, Cargill, announced its continued investment in supply of FR3 natural ester fluids for electricity transformer applications in the power, utilities and other industries for the South African and sub-Saharan markets through the appointment of a new country manager.

Cargill has been supplying its fire-safe and biodegradable FR3 natural ester fluid for several years through exclusive agents Wilec, one of SA’s largest distributor and parts suppliers to transformer manufacturers.

Valdir Baraldi was recently appointed as country manager for Cargill Bioindustrial division in South Africa. He is based in Johannesburg to guide transformer manufacturers and end users in the application of FR3 for local markets, following his relocation from Sao Paulo, Brazil, where he has been working for the past 12 years.

According to Baraldi, Cargill will increase its investment in South Africa to meet Eskom’s and the DTI’s goals of replacing transformer fluid, typically mineral oil, with fire-safe and biodegradable natural ester fluid for the electrical grid.

“We will extend our drive to also meet the needs in the municipal, utilities, mining, industrial and other markets for safe and green transformer oils,” he said.

He continued: “As the global leader in the production and supply of natural ester fluids and the original producer of FR3, Cargill brings its technological expertise, years of research since the mid-1990s, and vast experience with over 2 million transformer installations worldwide to the South African market.”

According to Baraldi, the potential reduction in installation, insurance and spillage remediation costs are also important benefits and motivators in the adoption of natural ester transformers.

“There are also many environmental benefits of using natural ester fluids,” adds Baraldi, “which include biodegradability, non-toxicity in soil and water and carbon neutrality, while at the same time increasing the reliability of the electrical grid.”

He also underlined the safety factor of natural ester fluid transformers compared to mineral oils is particularly important in overloaded, unstable electrical grids, particularly where there are illegal connections and power outages.

“FR3 natural ester transformers are safer as they contain fire safe fluids and mitigate the incidents of fire and explosions that can threaten people’s lives, their homes, the community and the environment at large. In fact, to date, we have zero fire history in FR3 fluid filled transformers,” he said.

“The replacement of mineral oil with renewal green natural ester fluids, such as FR3, is becoming a priority in many regions across the world. Worldwide there are more than 2 million transformers filled with FR3 fluid in operation, with no fire records. The largest privately owned electricity company in Brazil is migrating its entire distribution network to ester filled transformers,” he added.

According to Baraldi, the motivation to change to natural ester oils is great, “Not only do performance, environmental, financial and safety factors play a key role, but FR3 is made from a renewable resource that comprises more than 98% engineered vegetable oil, so it’s sustainable and can support local farming communities.

“We look forward to developing markets for FR3 natural ester fluid both in South Africa and in other export markets throughout Sub-Saharan Africa,” concluded Baraldi. 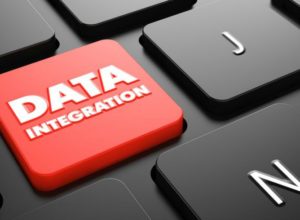