ACTOM MV Switchgear, a division of Actom, has developed a new circuit breaker mechanism for its SBV4E switchgear that has been optimised in order to reduce the number of parts, production costs and the overall mechanism complexity.

At the same the division has developed a new bolted and riveted design of housing assembly for the modernised circuit breaker mechanism. Plans are underway to also develop a more cost-competitive vacuum interrupter pole assembly for the new product.

A 25kA prototype of the new circuit breaker mechanism, which MV Switchgear’s technical experts started developing in mid-2017, was successfully tested for a short time to withstand the current, and the complete series of basic short-circuit switching duties, in accordance with the international IEC 62271- 100 standard at the renowned KEMA electrical
test centre in Arnheim, Holland, in July 2018.

“The KEMA certificate of performance achieved by the circuit breaker in these tests qualifies it for use on 11 kV non-effectively earthed systems, such as those earthed via a high-impedance device,” said Greg Whyte, MV Switchgear’s design and development manager.

Explaining the main improvements introduced in the new circuit breaker mechanism, Rhett Kelly, the division’s technology development specialist, said: “Not only have the charging and cam-follower mechanisms been redesigned, incorporating alternative materials where possible, but the opening and closing releases now require less energy to operate.”

The new circuit breakers, called SBV4XE, are currently available with 800 A and 1250 A current ratings with an electrical endurance class of ‘E2’ (requiring no maintenance on the primary circuit) and a mechanical endurance class of ‘M2’ (10,000 operations). Meanwhile, the development team continues with the further development of the bolted and riveted housing assembly, as well as 31.5kA circuit breaker.

The new housing assembly will be primarily manufactured from aluminium and zinc coated steel sheeting in place of the mild steel used currently. “This means that the majority of parts do not need to be painted and will have enhanced corrosion-resistance and galvanic bonding
properties compared with mild steel. However, it can’t be welded, hence the need for a bolted and riveted construction,” Rhett pointed out.

“The front doors and rear covers of each panel will still be manufactured using powder-coated mild steel to allow for the unique colour coding
of the panel functional types in accordance with our customers’ preferences.”

Once this development has been completed, the new housing assembly will be type tested in accordance with the latest edition of IEC 62271- 200 currently in the process of preparation by the relevant IEC maintenance team.

Greg noted that the need to develop a new circuit breaker to replace the SBV4E model was dictated largely by cost considerations. “We embarked on this development project to optimise the circuit breaker the SBV4
and SBV4E units currently on offer have become increasingly costly.

Further improvements aimed at reducing production costs and enhancing reliability that been introduced in the newly designed product, besides those already mentioned, are:
• as with the housing assembly, aluminium and zinc coated steel sheeting is being used in the construction of the carriage of the circuit breaker;
• the gears are polymeric, resulting in an 80% reduction of steel compared to the traditional gears; and
• the carriage latching, interlocking and racking mechanism have been redesigned to improve ease of operation, simplicity and functionality. 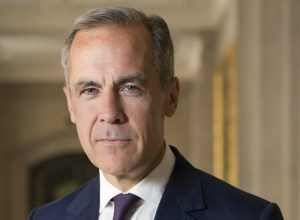