The proliferation of distributed generation (DG) has led to concerns around the effect or impact of this integration on the planning and operations of the electricity grid, and especially so for the existing electrical distribution network.

The risks, however, do pose opportunities and can be managed through studying the network and implementing solutions.

The recent prolific integration of renewable generation onto the grid is largely distributed (spread out) by nature as opposed to conventional generation, which normally is concentrated on a region of a country where the primary energy source (usually fossil fuels deposits) is located. The renewable energy sources such as wind and solar tend to be relatively widely spread over regions.

This generation placement tends to have both benefits and shortcomings in as far as both electricity grids and societies are concerned. The establishment of the REIPPP programme in 2011 catapulted the renewable energy market in South Africa and created an enabling environment and the right driver attracting investments specifically in large scale utility based renewable independent power producers [5].

To date about 93 projects are in commercial operation with connection substations varying from transmission, sub-transmission to distribution. Figure 1 shows how generation capacity in South Africa has already started to distribute across the country and is not only concentrated in Mpumalanga anymore, as indicated in Figure 2.

The term ‘distributed generation’ (DG) is considered as generation connected to distribution networks. The DG technologies that have big market shares are wind and solar power generation in South Africa and largely the rest of the world. From a technical point of view, DG can reduce system losses, improve voltage profiles, increase power transfers, and enhance system reliability or security of supply.

However, in remote and sparsely connected areas, large voltage fluctuations along feeders can be a problem. Also high level penetrations of DG, especially inverter based generation, can lead to general system stability issues that could lead to total system blackouts. Technical improvement of the distribution network and new operation techniques should be developed to prevent the negative consequences, which could easily lead to system catastrophes such as blackouts [1].

Existing distribution networks are designed to be passive and to transport electricity from transmission grid offtake points to end customers with a minimal level of control, monitoring and supervision; they were not designed to accommodate generation at lower voltages. Thus, although DG introduces new challenges to DNOs and planners it also offers opportunities that reflect the economic benefits arising from more active networks.

These challenges and opportunities are not only technical. Regulation and innovative commercial arrangements have an important role to play in allowing the DNOs to capture an appropriate share of these benefits [2]. Some of the planning and operational challenges due to the integration of DG give rise to a need to do a series of power system simulation studies in order to assess any change in the network behaviour prior to and after connection of DG. The following six studies are therefore usually carried out by utilities when integrating DG:

To consider bi-directional power flow and how to account for power line and transformer limitations even at points of minimum generation from renewables. Thermal studies also consider when to upgrade networks (e.g. add transformers or upgrade distribution lines). This also provides an opportunity and can assist the distribution network in areas of constrained networks where more load could not previously be accommodated

Taking into consideration existing reactive compensation equipment on the system, the introduction of renewable generation sources can either assist the system or cause damage to customer equipment if voltages are forced outside of regulatory limits.

Distribution networks historically run mostly radially for proper coordination of protection relays with some limited meshed networks in urban areas for ensuring reliability and security of supply. Fault level analysis was not as critical although planners did consider it primarily on transmission and subtransmission level. Now with DG in the fray, it has become a critical part of the assessment to verify the influence of generation on connecting substations and a few upstream substations to ensure integrity of switchgear capacities to adequately clear faults. Where possible violations are indicated, mitigating strategies can be proposed for upgrading of equipment to ensure network integrity and security.

For new connection studies, planners have to evaluate the influence on equipment loading with the generators on the network – as connections of generators on weak networks can result in an increase in losses.

In light of the challenges associated with integration of DG onto the grid, it is very critical that the planning of distribution networks is done in a smart and optimal way so that easy, seamless integration of DG can be realised.

Literature gives optimal location or placement as one method that can be used by network planners for integration of DG resources onto the grid. This method looks at ways of how to optimally locate DG on the network and the sizing of such capacity. There is a consensus in the relevant literature that optimal location and sizing of DG is essential to maximise the benefits of DG in order to avoid unnecessary network reinforcements. This is applicable in countries where the electric power system is still vertically integrated (as is the case in South Africa) [1].

Another method to consider is feeder hosting capacity, which is suitable for small scale embedded generation (SSEG) connected to the LV network. The main focus is on determining the available capacity of each feeder in the network and evaluating the impact of a connection to the system in the network planning stage. The available capacity in the electric power system is also called feeder hosting capacity, which is the total maximum capacity that can be connected to the feeder without violating the voltage and thermal constraints [1]. There is some work being done to capacitate municipalities in South Africa with the requisite skills and tools in this regard in order to evaluate technical impacts of DG connection applications.

The economic benefits of DGs cannot be ignored. They can help reduce the otherwise hefty distribution network investments as this capacity is spread out and close to customer load centres. However, the location and technologies of DG do affect the benefits of DG in the system. These possible benefits exist under the condition that DGs are located in the ‘right’ place and at the ‘right’ time. Moreover, the power losses can be reduced significantly if DGs are operated in an optimal way and at the right location.

The ‘wrong’ DG location is due to the mismatch between the location of DG and the feeder hosting capacity. One means of tackling this is to enable the DNOs to encourage DG connections at the locations favoured by the existing network (i.e. by developing connector substation hubs at carefully selected network points to enable optimal connection of DGs onto the grid – in South Africa, this framework is already being laid out). Incentives can be sent out by publishing information to developers, or setting varying connection pricing according to the connection point [1]. ESI

Mpeli Rampokanyo provides research leadership in the area of power system operations in terms of model development, standards or codes, regulation and policy issues for the current grid and a future energy-system with a high share of renewables in support of the country’s energy goals. He is a convenor of a CIGRE JWG C2/C4.41: Impact of high penetration of inverter-based generation on system inertia of networks, and is the Principal Engineer at the CSIR, Energy Centre.

Naniki Nzuza is a registered professional engineer and a member of the South African Institute of Electrical Engineers. She has 14 years of experience in the power utility space, specifically in the power system operations environment, having joined the operations department within Eskom distribution in 2005 after graduating with a BSc Electrical Engineering degree at UCT. Nzuza has over the last few years been specialising as a senior engineer at Eskom Distribution in renewable energy plants integration within the Western and Northern Cape networks. 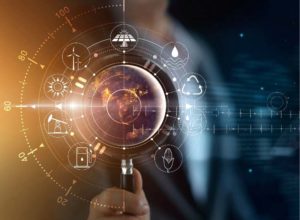