Transport Minister Fikile Mbalula has stated that the Passenger Rail Agency of South Africa (Prasa) has settled its outstanding debt to Eskom.

This comes after the suspension of commuter rail services on 26 February in the Western Cape, which affected 289,000 commuters who rely on the Metrorail service during the afternoon peak.

“Prasa will make the necessary pronouncements on the resumption of the services across the province,” Mbalula said in a statement.

The announcement comes as Western Cape commuters experienced disruptions in rail services as a result of a cut in electricity supply. Eskom’s cutting of electricity affected four of the Prasa supply line stations.

The power cut on 26 February led to the suspension of the entire Western Cape rail service for the afternoon peak, as trains were not able to operate without traction power supply.

The restoration of power on the Metrorail lines in the Western Cape is currently underway at the Khayelitsha, Eesterivier, Strand and Tafelbaai sub-stations.

“Eskom has cited overdue payment of 34 days of their Western Cape electricity account of R4 million. This is despite the fact that other regions have not been subjected to a similar treatment. Of equal concern is the fact that Eskom had declared Metrorail a priority user at the start of loadshedding, and cuts of traction power are unprecedented,” the Minister said.

“Equally, this action represents the deepening of the crisis facing Prasa. It is a matter of public record that Prasa is experiencing a cash flow crisis as a result of a depleted operational budget while a significant amount in excess of R18 billion remains tied in the capital budget,” said Mbalula.

Mbalula expressed disappointment at the 2020 Budget allocation for Prasa.

This as Finance Minister Tito Mboweni on Wednesday, tabled the budget wherein cost pressures on government coffers had resulted in housing and transport expenditure being the biggest casualties of budget cuts.

In the 2020 Budget Review document, public transport spending was reduced by R13.2 billion over the next three years, mainly on allocations to Prasa and the Public Transport Network Grant.

According to the review, the reduced allocation to the agency was mainly due to underspending in previous years.

“The budget delivered by the Minister of Finance was bitter-sweet for our efforts to turn the fortunes of Prasa around. While we acknowledge that over the years, Prasa has faced critical challenges that impacted on its ability to deliver a reliable commuter rail service, we have equally made significant strides to halt this decline and accelerate the interventions to maintain the service and modernise commuter rail,” said Mbalula. 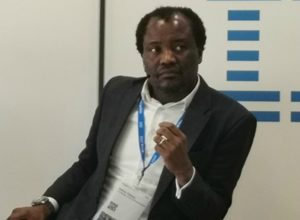