It has been confirmed that three Nigerian renewable energy companies in partnership with global energy player, AllOn, have signed an agreement to develop mini electric off-grids across the Niger Delta.

The announcement was made by Dr Wiebe Boer, the chief executive officer of All On, at the signing of the agreement with GVE, Lumos and ColdHubs in Port Harcourt on Sunday.

According to Boer, the companies would have access to funds for setting up and expanding off-grid renewable energy solution to end perennial shortage of electricity supply in the country, the Vanguard reported.

“As we know, Nigeria has one of the most significant energy gaps in the world. The 5,000 to 7,000 megawatts the country currently generates is grossly inadequate.

“Our research shows that 120 million Nigerians have either no power from the grid or less than four hours of power a day,” he said.

Boer explained that the current regulation implemented by the Nigerian government, enables companies to generate and sell power to the free market.

“So, the companies that All On is investing in are companies that are actually trying to address that gap from the bottom up rather than current method that is being used.

“So, we have three deals that we signed today and all of them are focused on helping with the energy access problems in the country, particularly in the Niger Delta,” he said.

Boer noted that unbundling of the sector has not yet yielded results as the approach was expensive and long term. Read more…

“So, the off-grid companies are saying that instead of waiting forever for Generation, Transmission and Distribution companies to power homes that let each household and communities power their homes through the sun,” Boer said.

He added: “I think what will happen in Nigeria is that we are going to see new business development models that we haven’t really seen anywhere in the world.” 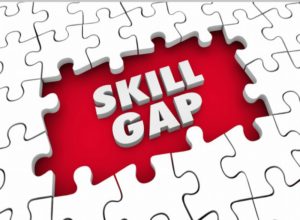