Kenya Power has laid off 110 employees who were found guilty of aiding fraud, illegal connections and other crimes.

The layoff happened within the past one year and MD and CEO, Bernard Ngugi has warned of more action as the company scales up the fight on crimes that undermine the quality of power supply.

Speaking at Tassia estate, Ngugi said he led the company’s operation to crack-down on illegal power connections. The operation was carried out jointly by Kenya Power’s security personnel and officers drawn from the National Police Service.

The initiative was supported by the Cabinet Secretary for Energy Hon. Charles Keter and the director of the Directorate of Criminal Investigations George Kinoti.

“The company will continue to work with security agencies to eliminate illegal power connections and address other crimes that are denying Kenyans quality electricity supply. Illegal connections do not just threaten the company’s revenue but also the lives of beneficiaries and the public at large. We are focused on eliminating these crimes and ensuring all those found culpable face the full force of the law,” said Ngugi.

Today’s operation follows a month after a similar operation was carried out in Mukuru Kwa Njenga Estate where 16 transformers and assorted cables aiding illegal power supply were recovered.

Kenya Power has recently increased surveillance on the grid network as a measure to address the rampant cases of illegal connections, vandalism, bypassing of meters and fraud involving transactions for payment of bills, electricity connection and purchase of electricity token.

Since the beginning of the current financial year, a total of 630 people have been arrested across the country and prosecuted for various crimes relating to the theft of electricity and fraud. Out of these, 115 people have already been convicted. 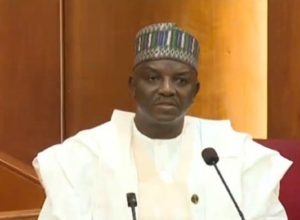