For an electricity distribution utility, the core directive and core revenue stream is the supply of electricity to end customers.

Any interruption to that stream of energy causes an economic loss to the utility. Not only does the interruption hurt a utility customer’s meter readings, but regulators apply their own fines and incentives for utilities to improve their reliability.

In much of the world, the only economically viable method for electrifying vast swathes of the countryside is overhead distribution, which is inevitably more subject to reliability issues. Thus, the omnipresent question arises, “How do I improve the reliability of my distribution network?”

Fortunately, this question has largely been answered, with field results speaking for themselves.

The key for the utility engineer is to understand what the optimum investment will be to reach the reliability goals. As is often the case, it is not investing in the latest utility buzzword (smart grid, IEC 61850 or cybersecure SCADA) that will give you the greatest network performance improvements.

These technologies have their place, but it is the prudent application of reliability technologies that will build your network performance and revenue, allowing for further intelligent investment of your returns to chase the final <20% of reliability the aforementioned buzzwords address.

Around the world, KPI’s for utilities are set based on these parameters, against which a utility is evaluated then rewarded or punished commensurate with performance.

Let’s assume a worst-case scenario as our starting point:

Firstly, 80% of distribution feeder faults are transient. That is, they will cause a momentary fault, then disappear.

Faults such as trees blowing up against lines, animals contacting lines, or conductor clashes in a high wind generally occur momentarily.

However, if a substation circuit breaker is the only reliability device in service, it will detect this fault and trip, turning off the power for everyone, even though 80% of the time it could close again and restore the power.

Using this principle of “reclosing” we can achieve a huge reliability improvement, as 80% of faults no longer lead to permanent outages.

This reclosing behaviour could be programmed into your substation circuit breaker, so that your substation breaker automatically recloses. This would successfully restore power 80% of the time, improving your reliability.

It’s a great first step, but all the feeders leaving the substation would have a momentary interruption. Why don’t we add more circuit breakers that act on a smaller zone, and apply the same reclosing principle?

And so, we have the basic reclosing configuration of an overhead distribution network.

This configuration means that only customers directly connected to the faulted zone experience an outage.

Of course, the protection engineering required to develop such a reclosing scheme is also very simple.

Typically, with a 1 second trip time in the substation, a conservative overcurrent grading margin between each subsequent breaker of 250ms would allow for 3 to 4 reclosers along each feeder, cutting the number of affected customers in a fault scenario by huge volumes.

Again, following the Pareto Principle, 80% of your reliability and detection can be achieved using only simple functions such as overcurrent and earth fault, leaving the other more complex, esoteric protection functions for the niche cases once you’ve achieved an 80% improvement in reliability.

For even further simple reliability gains where grading becomes an issue, more “sectionalisers” (automatic non-protection line switches) can be added between reclosers or downstream of devices, allowing for further granular segmentation of the feeder lines.

Once these systems have been implemented, your reliability gains would mitigate 80% of faults, and localise fault reliability impacts largely to the geographic proximity of the fault location.

To chase your final 20% on the way to the unattainable reliability perfection, further technologies such as network automation can be used.

Figure 3 above shows a great example of reliability gains per technology.

While modern reclosing circuit breakers are capable of remarkable protection features, functions and automation, by simply applying autoreclosers (such as the NOJA Power OSM Recloser system) to your feeders with correct overcurrent/earth fault settings and a substation breaker grading well with them, you can achieve massive reliability improvements.

In some nations, NOJA Power has seen their average interruption come down from six hours to around 15 minutes simply by adding modern reclosers with basic settings to the network.

“Reliability on your distribution network is a journey,” says NOJA Power group managing director Neil O’Sullivan, “and the step by step deployment of reclosers throughout your network will allow you make reliability gains along the journey.”

Whether you are starting on your reliability journey or want to squeeze the last 20% of performance on the journey to a Reliability Utopia, NOJA Power have expertise across all these applications and we’d love to help. Let’s solve distribution network reliability challenges together.
www.nojapower.com.au 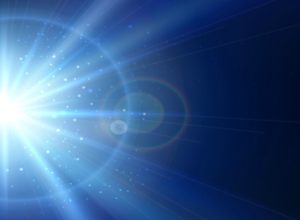