Eskom wishes to warn members of the public about tender scams, whereby fraudulent orders and invitations to tender for Eskom contracts are issued to suppliers on behalf of Eskom by fraudsters who pretend to be from the Eskom Supply Chain Management section.
On Monday the parastatal issued a public warning highlighting that scammers target unsuspecting suppliers across the country claiming that Eskom is inviting bids for the possible supply of certain products.
The targeted suppliers would receive a bogus Request for Quotation (RFQ) either by email or by fax with the Eskom logo. In certain instances, these RFQs are also published on various suspicious websites on the Internet.
The phishing scenarios vary. Among the recent scams is the one issued on Friday last week (16 March 2018) requesting quotations for the supply of UDMT400 Multi Phase Smart Meters for the Medupi power station.
Eskom’s Divisional Executive for Security, Tebogo Rakau, explains how the scams work.
“Once the would-be supplier has tendered for the contract, they are then contacted via telephone or email by people who claim to be Eskom officials and are invited to submit quotations.
“The fraudsters then call these suppliers to inform them that their companies have been appointed to deliver goods and they have to sign and fax the appointment letter back to them as soon as possible because the goods are needed urgently. Furthermore, the fraudsters encourage the suppliers to use certain manufacturers as they are supposedly the only manufacturers. These fictitious manufacturers are part of the scam.”
Victims are then told to pay these manufacturers who then disappear with the said funds.

“To report incidents of fraud, corruption and irregularities involving Eskom, members of the public are encouraged to call Eskom’s toll free crime line on 0800112722 or email investigate@eskom.co.za,” added Rakau.
Eskom would also like to remind suppliers to be vigilant and not to deliver any goods or transfer any payments to any supplier/manufacturer without confirming the authenticity of the orders with Eskom. To verify the authenticity of Eskom orders, suppliers are advised to contact Eskom on 011 800 2202.
Furthermore, suppliers are also encouraged to report such matters to the South African Police Service in cases where they have been defrauded.
It is important to understand that procurement opportunities available from Eskom are advertised on the organisation’s website: www.eskom.co.za/Tenders or on the National Treasury e-tender portal.  All requests for quotation are signed and have an Eskom contact person’s landline and email address which ends with @eskom.co.za credentials. 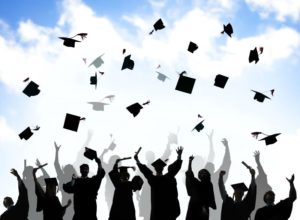 The energy sector as a career option discussed