The South African power utility, Eskom, announced that it will implement measures to restrict electricity supply in Gauteng in order to reduce the extremely high costs associated with repeated equipment failure resulting from overloading.

The implementation of this initiative, will be effected on a rotational basis in order to curb rising costs.

“It is prudent for us to take deliberate measures to significantly reduce the extremely high costs associated with repeated equipment failure resulting from overloading, which costs more as the power is indiscriminately used during peak periods,” Eskom’s maintenance and operations manager in the Gauteng operating unit Motlhabane Ramashi said on Tuesday.

The power utility continues to record a substantially high trend of energy demand during peak periods in the mornings and evenings between 5am and 9am, and again between 5pm and 8pm respectively.

Eskom said its immediate response, is to safeguard its assets from repeated failure and explosions as a result of overloading caused by illegal connections, meter bypasses and tampering with electricity infrastructure that are on an increase.

“This unprecedented measure is necessary to contain the situation. We deem the constant repairs and replacement of equipment that fails before we can realise their investment as unwarranted, and this will not sustain our operations should we continue in this trajectory.”

This is line with Eskom’s priorities of containing operational costs and improve plant performance,” Ramashi said.

Eskom will continuously monitor the developments to determine any improvements.

The power utility will keep conducting audits, remove illegal connections and act against meter tampering, as well as impose penalties for any transgression among others. 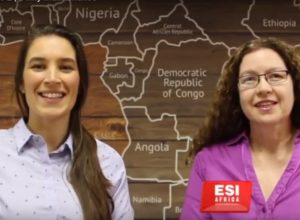