Presenting the status of South Africa’s power utility on Monday [15 March], Eskom’s CEO Andre de Ruyter said that the majority of its plants had coal supplies for an average of 51.7 days.

According to Eskom, the utility is making notable progress in the recovery of its operational performance, with the implementation of the Generation Recovery Programme (9-Point Plan) and reliability maintenance recovery (RMR) programme beginning to yield the desired outcome.

Despite the initial challenges posed by COVID-19 lockdown, high levels of maintenance have been sustained with planned maintenance gradually increasing to between 5,500MW and 7,000MW or approximately 12%.

However, de Ruyter acknowledged that while there is an improvement in some aspects of generation, “we are not where we want to be in terms of performance. The ultimate aim is to improve performance to reduce the risk of loadshedding. The enormity of this task cannot be overstated.”

Owing to the 9-Point Plan, which places correcting new build defects top of the list, the availability and reliability of the synchronised units at Medupi are showing steady improvement.

Coal stock levels continue to improve, with average coal stock at 52 days by the end of February, excluding Medupi and Kusile.

Major defects at Ingula Pumped Storage Scheme have been addressed, resulting in each of the four units performing at the full capacity of 331MW since February 2021, from a maximum of 245MW previously.

There is no power station below the Grid Code minimum requirement of 20 days.

The resilience of the power system during heavy rains and the cyclone storm Eloise is a clear indication that the significant investment in the wet coal management strategy is paying dividends.

While there also has been significant progress in the reduction of emissions across the generation fleet, the new minimum emissions standards now in effect, mean there is a lot of work still to be done to fully meet compliance levels.

This is because some of the electrostatic precipitators on the older facilities are incapable of meeting the new minimum emissions standards.

Have you watched?
Morning coffee: Coal and the energy transition

The Build Programme is progressing well, with Kusile Unit 2 having successfully achieved commercial operation on 29 October 2020, adding 720MW to the national grid.

Kusile Unit 3 and Medupi Unit 1 are on track to achieve commercial operation during the next few weeks and months. The addition of Medupi 1 to the grid will bring the number of units in commercial operation at the power station to six, signalling the completion of the construction project.

The Koeberg Nuclear Power Station continues to operate efficiently and within the required safety parameters, and at the lowest primary energy cost of baseload stations. While Unit 1 is currently on a refuelling and maintenance outage, Unit 2 is safely generating electricity to the grid.

Improvements in the transmission and distribution network

Transmission network performance has seen a marked improvement, however, ongoing theft and vandalism of infrastructure continue to impact operations, greatly increasing the risk of power supply interruptions to customers.

Distribution is also prone to criminal activities and to mitigate this Eskom is embarking on several security enhancement projects and is also working closely with the law enforcement agencies. Network overloading remains an area of great concern.

“Recovering the operational performance is our top priority and we will not compromise on reliability maintenance and mid-life refurbishment,” concluded Oberholzer.

Human resources and COVID-19 at Eskom

On the people side, critical vacancies at some of the power stations have been filled. There is currently only one vacant General Manager Position as a result of a death in service and the process to fill this vacancy alongside that of the Group Executive for Generation is underway. 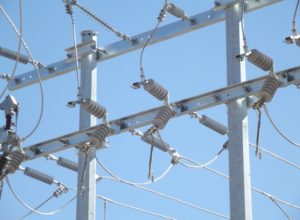