South Africa’s national power utility Eskom has advised that it is experiencing a high number of faults in greater Cape Town and parts of the Western Cape after the recent storms caused severe damage to network infrastructure.

Due to the extreme storm damage to the network, customers in some areas are experiencing prolonged periods without electricity.

In a media statement, Eskom assures that operators are working around the clock to repair equipment and restore supply to customers.

The utility explained that: “With over 1,000 active faults logged, Eskom is experiencing serious resource constraints during a time where COVID-19 has affected some of the field operators. Some employees have tested positive and others are self-isolating due to exposure to the virus.

“Eskom has managed to bring in contractors to assist with medium voltage (MV) and high voltage (HV) faults and has included its major engineering works construction teams to do repairs as additional support.”

Eskom stressed that another serious problem in the greater Cape Town area is illegal connections. These connections are putting further strain on the network by causing overloading and damaged equipment, resulting in loss of supply.

“Certain areas in Cape Town are also known to be volatile and dangerous, and operators often put their lives at risk when they enter such areas to repair the network. At times armed response security guards have to escort technicians while they work,” Eskom stated.

Eskom admitted that it is unfortunate that the incidents come at a time where the power utility is loadshedding, “which may result in some customers being affected for much longer than the two-and-a-half-hour timeslot” Eskom added.

Customers can switch on their geysers approximately 30 minutes after their supply has been restored.

In order to deal with the backlog of faults, Eskom said it will be prioritising its response by the size and duration of the faults.

Faults that have left customers without electricity supply for more than 48 hours will take priority, thereafter, faults for more than 24 hours until the most recent faults can be dealt with.

Customers without electricity supply for more than 48 hours will take priority.

Faults on the MV and HV network impact a large number of customers and these are also being prioritised.

“Multiple teams of operators have been and will continue to be dispatched into the affected areas to ensure that electricity supply is restored as soon as possible. I wish to sincerely apologise to all our customers who are experiencing long periods without electricity during this extremely cold winter.”

For further enquiries or to report faults, customers may contact the Eskom Share Call number at 086-003-7566 or email customerservices@eskom.co.za. This service is available 24 hours a day, seven days a week.

Eskom customers normally serviced by the Bellville, Khayelitsha and Kraaifontein Hubs may also use these local contact options on weekdays between 08h00 – 16h00: 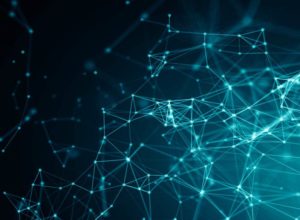 Business model at a crossroads: Which way do African utilities turn?