Varied techniques can achieve distribution network automation and while the merits of automation can be lauded as ‘network modernisation’, carefully considered automation can create genuine returns for utilities.

Effective fault location and network restoration in most cases can be converted to an algorithm, enabling the optimisation of network reliability and providing resilience to network faults. In the electricity distribution context, Distribution System Automation (DSA) can be summarised as the automation of reclosing (of circuit breakers) and switching (of load break switches or isolators), with the goal of restoring power to the largest number of customers in the smallest, safest time interval.

The most elementary case of Smart Grid automation is of an Auto-Changeover (ACO) Scheme without peer-to-peer communications. This technique uses voltage sensing on both the supply and load side of the Autorecloser, which is available as standard on the NOJA Power OSM Recloser system.

Logically, the intent is to maintain uptime of power availability for the critical load. Therefore, Recloser 1, the main supply, stays closed. In this state, Recloser 2 will be normally open (NO), and will see voltage on both sides of the open circuit breaker.

In Figure 1, if Supply 1 fails, Recloser 1 can detect this condition and open. Recloser 2 also notes the loss of supply and commences a countdown timer before closing in Supply 2.

To prevent back-feeding into Supply 1, the only criteria necessary is for the opening recloser to be faster than the closing one. In this case, Recloser 1 should trip on undervoltage before Recloser 2 closes to restore power.

NOJA Power’s OSM Reclosers can be configured to re-arm their voltage restoration closing function if they opened due to loss of supply, such as the Recloser 1 in this example.

Primary benefits of this system are simplicity and cost. There are no communications systems necessary to implement the automation, and only two reclosers to control the switching.

The term ‘Critical Load’ is also quite broad. Not only could the load be a single building such as a hospital but this method has been applied for supply to entire suburbs or towns, where two supply feeders at either ends of the town work in tandem by sensing the voltage presence and switching supply on the failure of the main supply.

The main drawback is if there is a fault between the circuit breakers and the load, the restoration system will cause an additional close onto the fault, and hence a re-energisation of the fault site. This is a common theme for automation schemes without communications but if this additional single reclose is tolerable for the scenario then the simple automation system can be highly effective in improving network reliability.

Another possible challenge is training of personnel to understand that opening one circuit breaker, particularly for line work, can cause another breaker to close and energise the circuit. In our experience, signage and interlocks at the controller site overcome this issue. Another option is to have centralised communications to both devices, allowing remote operators to disable the automation before work commences, but this adds complexity and cost, which can be resolved using the standard communications functionality in the OSM Recloser System. “Reclosers are the key building blocks for smart grids.

This article is the first of a series, covering the many Distribution Network Automation techniques available to power systems engineers.

To read the full series or find out more about NOJA Power’s OSM Reclosers, visit www.nojapower.co.za 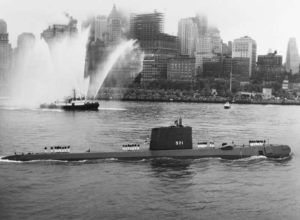