Shell Energy Europe has announced the operation of its 100MW energy storage system. The company is referring to the project as the largest battery plant in Europe.

Situated in Minety in Wiltshire, South West England, the battery plant will be used to balance the UK’s electricity demand by powering up to 10,000 homes a day. This comes after Shell Energy Europe Limited signed a multi-year offtake agreement in early 2020 to trade all of the power from the battery, as part of the company’s wider efforts to accelerate the transition to cleaner energy sources.

The Minety scheme is now the largest battery operating within National Grid ESO’s Dynamic Containment market. The Market was set up last year to deal with sudden frequency grid balancing issues, according to a press statement.

Have you read?
Battery energy storage market to grow 23% per annum by 2030

The system is comprised of two 50MW batteries and was developed by Penso Power, using funding secured from China Huaneng Group and the CNIC Corporation. Energy Technology firm Limejump, a subsidiary of Shell, will operate the project.

Wells said energy storage will play a critical role in supporting the UK to meet its target of achieving a net-zero emissions society by 2050.

Catherine Newman, CEO of Limejump, commented: “Delivering the Minety project during COVID has been an amazing team effort, and with our colleagues at Shell, we can now focus on optimising Minety’s performance and supporting National Grid ESO.” 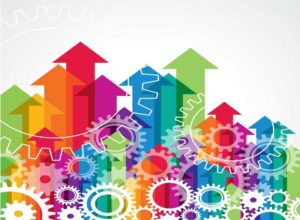