This new generation solar fridge may be crucial in the fight against COVID-19 as well as for childhood immunization programmes.

Rather than using batteries to power the fridges through the night, these use direct-drive systems to store coldness. The direct-drive technology works best because it removes the one element that is the most frequent cause of failure in solar refrigerators – the battery. It is for this reason that these fridges are being recommended by World Health Organisation.

There are three different types of solar fridges:

Because of the level of efficiency and insulation that they can stay cold for three days even if the solar panels aren’t supplying power. However, more than that, the refrigerators are called hot zone appliances because of their ability to operate in temperatures as extreme as +43 degrees C.

The lack of batteries makes them far simpler and more reliable to operate and maintain.

Saffa Kamara, an immunization officer with UNICEF in Sierra Leone, says the fridges are “far, far better” than earlier solar models, gas-powered ones or even conventional fridges run off a generator.

Half a billion vaccines

US President, Joe Biden, announced that his country would ship half a billion doses of vaccines to the 100 lowest income countries in the world. Many of these, are in sub-Saharan Africa.

However,  because the particular vaccine (Pfizer in this case) needs to be stored at approximately -74 degrees centigrade, refrigeration (or the lack thereof) is a significant challenge.

US news service NPR, reports that in Sierra Leone, there is only one functioning freezer that can provide that level of storage. This is at the Ministry of Health’s medical warehouse in Freetown, the capital.

You might also be interested in:
Status and possibilities for micro-hydro generation in South Africa
Impact of COVID-19 on financing of free trade in Africa assessed
Chilling Prospects 2021: report tracks access to cooling issues

In addition to the fact that the freezer already houses Ebola vaccinations and is only the size of a domestic refrigerator, Dinsie Williams, a biomedical engineer in Sierra Leone, says: “… we do have to think about everything else along the supply chain of how they keep those vaccines at the right temperature for a long period of time and then having people access them regardless of where they live.”

In countries across sub-Saharan Africa, other vaccinations are easier to store because they only need standard refrigerators. However, even that can be something of a challenge in outlying areas – and in fact, even in some urban areas. It is believed that only 1 in 4 people in Sierra Leone have power and is even lower in rural areas.

Mariama Koroma, who runs the Songo Health Clinic in Northern Province says that they do not have electricity.  Delivering babies by flashlight is nothing unusual – but they do have an advantage. They do have a solar fridge for their vaccines — one of only 371 in the country. 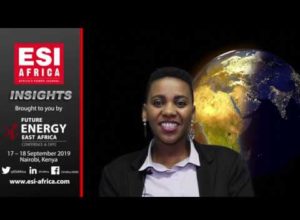 Is your sector a climate change contributor?