Kenyan telecommunication company Safaricom continues its drive to diversify the revenue stream away from voice business by taking a stake in a gas company.

In addition, the contract includes a non-executive director seat on the Circle Gas board as long as the trademark license and brand management co-operation agreement remains in force.

Each M-Gas set up includes a gas cylinder and 2-burner gas stove, provided at no upfront cost. The cylinder is equipped with a smart meter which shows how much gas a customer has paid for and how much remains.

Payment is made through M-PESA with the gas automatically disconnecting when a customer has completely consumed the amount paid for.

Strategically the investment in this Circle Gas solution is a digital service which leverages both the internet-of-things and M-PESA, which furthers Safaricom’s ambition to be the leading digital service provider in Kenya.

KopaGas grew through support from several innovation grants and piloted their technology in Dar-es-Salaam’s low-income households who rely on firewood and charcoal for cooking.

According to the Kenya Cooking Sector Study, 80% of Kenyan households use wood or charcoal for cooking, leading to not only ambient air pollution but also deforestation and soil erosion and greenhouse gas emissions.

SE4All’s report, Tracking SDG: The Energy Progress Report, released May 2020, says more than a third of the world’s population are unable to access clean cooking methods and if current trends remain then almost 30% of the world will still not have the necessary access by 2030.

The report also showed the number of people in sub-Saharan Africa without access to clean cooking access grew from 750 million to 890 million between 2010 and 2018.

A World Bank Report, Household Cooking Fuel Choice and Adoption of Improved Cookstoves in Developing Countries, notes that despite the benefits of fuel switching, the use of clean cooking fuels are limited, particularly in urban areas of developing countries due to financial barriers – the capital and fuel costs of clean cooking fuels being significantly higher than that of traditional fuels.

The M-Gas concept, however, like any pay-as-you-go system, obviates the upfront costs and works with what the customer can afford, creating a possible road map for expansion of the idea across Africa. 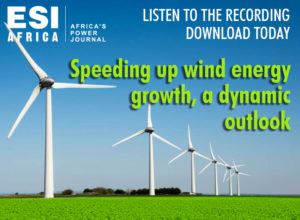