In June, Howden acquired Fancraft (Pty) Ltd as another step in its roll-out of new environmental and technology solutions for the rapidly changing energy market.

As an established player in the energy market, Howden is well-positioned in terms of institutional knowledge and engineering expertise to supply alternative energy technologies to new and existing customers.

This is especially relevant following the South African government’s recent announcement of the increased embedded generation threshold of 100MW.

Globally, Howden has already worked to position itself to offer technologies that meet needs such as these. “Of particular importance has been the acquisition of KK&K Turbomachinery and Peter Brotherhood, which have added steam turbines to our reciprocating, screw and centrifugal compressors and Roots blowers,” says Janse van Vuuren.

The recent acquisition of Francraft supports the business on South Africa soil. “The Fancraft investment aligns with Howden’s international acquisitions as it enables us to access an established South African-based capability for the maintenance, repair and installation of air and gas rotating equipment and turbomachinery.”

Fancraft has served the market for more than 30 years and has earned an excellent reputation for technical proficiency and service. Janse van Vuuren explains: “It is pivotal to our compressor and turbine ambitions because it affords us access to an existing base of aftermarket skills and experience which we can marry to proven Howden systems and engineering expertise.”

He adds: “The synergies between ourselves and Fancraft give us confidence that the new division, called Howden Africa Compressors and Turbines, will enable us to bring a compelling value proposition to the energy market.”

There is significant pre-existing cultural alignment between these two companies. Many Howden values — supporting customer success, doing the right thing, continuous innovation, recognising the value of people and a thirst for excellence — are already evident at the company.

Furthermore, Janse van Vuuren assures that there will be continuity in management, with Fancraft founder and owner Andries Gouws remaining with the operation, so staff and existing customers are assured of a seamless transition.

The location of Howden Africa Compressors and Turbines at a new site in the Sasol Eco Industrial Park in Sasolburg, was chosen based on a number of strategic points: “It has several advantages, including an under-roof workshop of 3,165m2 and its location is close to important customers.”

Howden Africa Compressors and Turbines will also have responsibilities in Africa, and “we will be offering a new product set to these markets”.

Administrative support will be provided from the site in Booysens, Johannesburg, from where the expert team will implement Howden world-class systems and processes.

From this site, the company will offer the electricity generation market a series of technology options, among them a full range of world-class, pre-designed industrial steam turbines of up to 40MW.

“Our range of turbines will be of interest to diverse industries such as oil and gas, petrochemical, wastewater, mining and steel because of their capability to generate electricity efficiently from several sources,” states the general manager.

Biomass has the potential to become an important source of energy to supplement the intermittent energy supply from renewable energy sources such as solar and wind. Waste heat recovery improves demand-side efficiency by using energy that is currently wasted.

“Our steam turbines can also be employed in solar thermal and cogeneration/CHP plants for energy generation, and Howden compressors for gas turbine feed.”

A further potential opportunity is in the green hydrogen economy. “Our compressors are used in compression applications throughout the hydrogen value chain, from H2 production using electrolysis for renewable power, storage, distribution, power generation and hydrogen refuelling stations.”

Howden-supported refuelling stations can refuel vehicles in about three minutes

In particular, the company can support the fuelling of hydrogen fuel cell electric vehicles. “We have several compression technologies that are an affordable source of uncontaminated hydrogen for zero-emissions vehicles which can help our customers reduce the levelised cost of hydrogen.”

Howden-supported refuelling stations can refuel vehicles in about three minutes, less time than it currently takes to fill a car with petrol. “Our compressors have high levels of safety and reliability with our proprietary HIDS system incorporating a fail-safe stop procedure, with process gas containment, in the event of a breach,” concludes Janse van Vuuren.

Howden has offices in over 30 countries and installations in every country in the world. 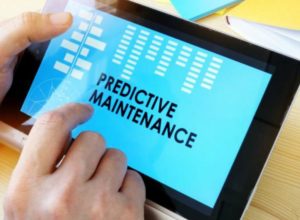