A used oil company, Olegra Oil, has made a real difference in the lives of previously disadvantaged South Africans while building a profitable business model.

The company is an example of what is possible when businesses rethink their ownership structures. As a level 2 BBB-EE organisation that offers a used oil collection service in the Northern Cape, Olegra is majority-owned by the Olegra employees – from site managers to truck drivers, assistants, and petrol attendants – and the benefits to these employees is notable.

Tokkie van As, from Olegra Oil, explains: “Our employee shareholders have been able to improve their lives significantly. For example, they have bought vehicles and purchased or built homes for themselves and their families. They are also managing to save, and we have facilitated an investment manager to guide them on the importance of long term saving and what to do with their dividends.”

“Recently, one of our petrol attendants invested R50,000 of his dividends as a lump sum.”

Olegra Oil was founded in 2009, with PPC being a driving force behind the formation of the business.

Van As states: “At the time they were exploring the use of alternative fuels to burn in their kilns and one of these was used oil – which was the ideal substitute for diesel. With diesel costing four or five times as much as the oil, and the plant being located in a mining town where an ample supply of used oil could be sourced from the surrounding mines, a very promising business opportunity presented itself.”

Van As was an employee of PPC and had been with the company for 35 years before he became the powerhouse behind Olegra Oil.

He founded and built Olegra Oil from scratch with start-up funding provided by the PPC Ntsika Fund. This was loaned to the company at an interest-free rate, and although they were given five years to repay the loan, Olegra managed to settle the debt within four years, with all shareholders receiving their first dividend in year five.

From small beginnings, a business venture

After setting up the initial operation (a filling station and an oil collection and supply service), van As started leveraging his relationship with the mines in the area to source their used oil.

“The initial months were tough, with starting volumes of just 26 000ℓ per month – just a fraction of the amount required by PPC,” said van As.

However, things grew rapidly from there, and Olegra Oil now collects several million litres per annum, which are sold to PPC Lime as a burner fuel, as well as supplying the ink manufacturing industry for the printing of newspapers, and the explosives industry.

“As each employee is a shareholder, everyone understands their direct role in achieving our vision – and how they contribute to the overall success of the business,” said van As.

“The business’ success is their [employees] direct success as they have all taken ownership of the organisation and are accountable for their roles and deliverables. We have a fully transparent system in place and everyone sits in the financial meetings and knows exactly where the business is going.”

Olegra Oil is a member of the ROSE Foundation (Recycling Oil Saves the Environment), a non-profit organisation that was established by the major lubricant manufacturers and distributors in South Africa 25 years ago to enable them to meet their environmental responsibilities for the waste stream generated.

More than 1.5 billion litres of hazardous used motor oil has been kept out of the environment, thanks to the efforts of the ROSE Foundation.

“ROSE has supported Olegra Oil since inception and has paid over R5 million in incentives to the organisation for used oil collected – in addition to providing fire-fighting and first aid training, safety gear and more,” explains Bubele Nyiba, CEO of the ROSE Foundation.

“There is a critical need to develop and grow sustainable SMEs [small and medium enterprises] in South Africa, and if one sees ownership as a means of transformation and active empowerment, as Olegra has done, a new set of possibilities emerges, especially in the case of significantly disadvantaged communities.”

“Olegra Oil is about real empowerment, this is not just window dressing. ROSE is very pleased to be celebrating Olegra’s 10th birthday with them, and we look forward to continuing the relationship with them for many years,” concludes Nyiba. 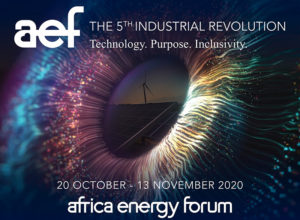 $5,000 prize for African Utility of the Future competition winner