On Thursday, the South African minister of energy, David Mahlobo, and the Deputy Minister Ambassador, Thembisile Majola, visited the NTP Radiochemical production facility to view the progress made at the production facility, which is to return to service this week.

The National Nuclear Regulator of South Africa, shutdown the NTP Radiochemical production facility at the South African Nuclear Energy Corporation (Necsa) in November 2017, due to none compliance of regulatory requirements.

It was for this reason that prompted the Minister to visit NECSA to satisfy himself on the problems and challenges by the shutdown of Cell19 and Cell20.

According to the energy ministry, these matters (none-compliance to regulatory requirements) have since been attended to and fixed by the company. Read more…

At the meeting, management promised the Minister that there were problems, which they were already working on, as they had lost production and trust of their clients.

Necsa worked closely with the National Nuclear Regulator to fix the none-compliant matters, the ministry highlighted.

Minister Mahlobo engaged with the Necsa and NTP SOC Ltd Boards to receive a briefing on the developments with regards to significant issues dealt with, since the temporary closure of the facility last year.

Necsa and NTP senior management have given assurance that they are doing their best in remaining amongst the top global suppliers of nuclear medicine.

The ministry said in the statement: “On the issue of the management team that has been placed on special leave; the NTP board gave assurance to Minister that the investigations were completed.

“Minister requested that the matter be speedily resolved and further instructed that the board meet and finalise the issue and send a report to Minister within a week.” 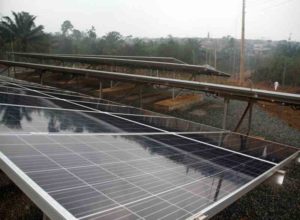