Scientists in Russia have developed a method of disinfecting and sterilising medical instruments, clothing, equipment, and facilities, using mobile devices for the production of concentrated ozone.

The scientists are part of the Russian State Science Centre, Troitsk Institute of Innovative and Thermonuclear Research (SSC TRINITI), a subsidiary of Rosatom’s science division.

“At the moment, most medical rooms are treated with chlorine, which is a toxic substance. Ozonation, by contrast, is a clean technology that, if used correctly, does not have adverse effects,” said Stanislav Kosarev, the project’s supervisor. “Using our device allows you to sterilise scrubs and other medical instruments without thermal exposure, which will increase their lifespan.”

The main advantages of SSC TRINITI’s device are its high concentrations of ozone, high disinfection and sterilisation rate, mobility, and compact size.

The mobile ozoniser is capable of disinfecting virtually any medical object occupying an area of ​​up to 100 square metres. In terms of bactericidal efficiency, ozonation with this device is more effective than ultraviolet germicidal irradiation or treating an area with chlorine.

Another important advantage is its low cost of operation – it is expected that the centre’s ozoniser will consume half the electricity consumed by other ozonisers currently on the market.

Under the supervision of Alexander Basiev, a researcher of physical and mathematical sciences, a group of scientists at the research centre have learned to produce ozone at concentrations of up to 0.7 grams per litre at speeds of up to 6 kilograms per hour, using a mobile device about the size of an average home air purifier.

According to the researcher, the device is simple to use – it is placed in a sealed box alongside tools that require disinfecting and disinfects them within 15 minutes.

SSC TRINITI is scheduled to test a prototype of its mobile ozoniser in the near future to determine the product’s effectiveness in real conditions, and its possible use for medical needs. 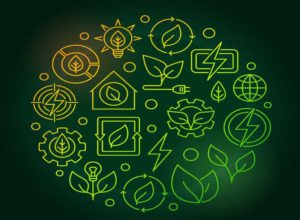 Moulding the future of an advanced bioeconomy