South Africa’s energy reform aspirations and how they could possibly navigate energy reform was the topic of focus in a recently released RES4Africa in collaboration with CESI S.p.A study: Fostering Renewables within an Independent Network System scenario for South Africa

The report also provides a possible roadmap for the country’s energy transition and was presented during a webinar organised by the Rome-based Foundation in collaboration with Nedbank. The report aims to present the most emblematic international case studies of power sector reform and renewable integration to support the decision-making process currently in South Africa.

Have you read?
RES4Africa Foundation confirms partnership with CSIR and Nedbank

South Africa’s electricity generation is reliant on coal, but efforts are ongoing to diversify the energy mix. The National Development Plan 2030 envisages the decommissioning of 35GW (out of 42GW currently operating) of coal-fired power capacity. The supply at least 20GW of the additional 29GW of electricity needed by 2030 will come from renewables and natural gas (6GW of new solar PV capacity and 14 W of new wind power capacity will be commissioned by 2030).

Such amount of variable renewable generation needs to be integrated into the power system by implementing adequate actions aimed at assuring its security and reliability.

The public utility currently generates approximately 95% of the electricity consumed in the country, owning its transmission grid and 60% of the distribution grid, for a total of more than 6 million direct customers served. As exclusive large-scale vendor, Eskom also exercises a monopsony of power, performing the role of buyer in the main VREs promotion frameworks.

To favour an efficient and effective energy transition, the Government of South Africa is envisaging to reform Eskom, since phasing out coal while rapidly deploying RES and smart grids requires a different and more open market framework.

“Renewables and reforms are the two crucial pillars to enable a positive energy transition” said Roberto Vigotti, RES4Africa’s Secretary General. “A strategic reform of the energy system is the key to guarantee a sustainable energy mix for South Africa, improving the quality of the service and increasing the RES generation.”

Segomoco Scheppers, group executive for transmission at Eskom, commented: “The support provided by RES4Africa through this research report is highly appreciated. It will serve as an important contribution to the ongoing dialogue among stakeholders regarding the timely development of adequate transmission capacity to integrate new generation capacity including significant renewable generation capacity as per the IRP2019, even as the Eskom Roadmap continues to be rolled out”.

“The local government should diversify its service delivery mandate through the integration of high shares of renewable energy penetration in their distribution network.” added Sbu Nthshalintshali, manager renewable energy, City of eThekwini. “This will create alternative revenue streams while continuing to support the free basic electricity (FBE) provision to the vulnerable and disadvantaged communities. The economic policy on inclusive growth by National Treasury outlines the key measures required to structurally reform the energy sector in South Africa. Economies shrink when there is no proper energy planning and that is already costing South Africa.”

“South Africa is on the cusp of a major shift in its energy industry, as the government looks to open up the electricity market.” concluded Caspar Herzberg, President Middle East and Africa at Schneider Electric. “The country has an opportunity to develop its transmission system by incorporating technologies such as smart grid systems for better management of distributed energy sources such as renewables energy. Those who will benefit the most will be consumers, businesses and South Africa’s people.”

The webinar offered the cue for a much wider discussion, targeting among others the impact of the unbundled electricity system on the current regulatory framework, the need for major generation integration infrastructure and technology investments and risk and costs structure in a possible reformed scenario.

The virtual event was moderated by Amith Singh, head of energy finance at Nedbank and saw the participation of high-level speakers from the international renewable energy sector, among others: Roberto Vigotti, Secretary General at RES4Africa Foundation, Segomoco Scheppers group executive for transmission at Eskom, Sbu Nthshalintshali manager renewable energy, City of eThekwini and Castillo Agurto head of business development infrastructure and networks division at Enel Group. 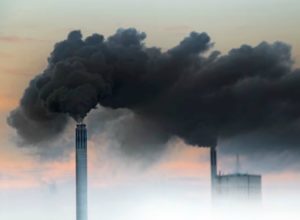