The Amazon rainforest, the world’s largest tropical rainforest is on fire. This rainforest, with the highest species diversity on the planet, provides the most important service to the ecosystem.

The Amazon alone produces 20% of the earth’s oxygen and also plays an important role in fighting climate change.When environmentalists at Norvergence were collecting and curating this research piece or even now when you are reading it, the Amazon rainforest is burning at a record rate.

According to a credible source, around 9,500 new forest fires have started across the various regions of Brazil. The question is, despite its humid environment, why the Amazon rainforest is continuously threatened by fires that not only affect its economical or ecological value but also promote climate change or global warming?

Fires in the Amazon are most likely intentional

What environmentalists or scientists believe is that Amazon rainforest fires are most likely set up by people in an attempt to acquire land for cattle ranching?

Ane Alencar, the scientific director of Brazilian NGO IPAM (Institute of Environmental Research in Amazonia), had issued a statement to Mongabay claiming that: “The fire that we’re seeing today is a fire that’s directly related to deforestation. They cut the trees, leave the wood to dry and later put fire to it so that the ashes can fertilize the soil.”

Also, this year, researchers have recorded more than 74,000 fires in Brazil, which are doubled from last year’s figure (40,000). The Brazilian president, Jair Bolsonaro, has expressed his unhappiness on world leaders commenting on Amazon rainforest fires. Also, his continuous support for industrial growth in the region has encouraged local ranchers for deforestation.

On the other hand, Amazon Watch programme director Christian Poirier directly blamed President Jair Bolsonaro, stating: “The unprecedented fires ravaging the are an international tragedy and a dangerous contribution to climate chaos. This devastation is directly related to President Bolsonaro’s anti-environmental rhetoric, which erroneously frames forest protections and human rights as impediments to Brazil’s economic growth.”

As the situation in the Amazon rainforest is becoming worse day-by-day, the treaty signed under the Paris Climate Agreement to hold global warming below 3.6 degrees is not possible.

The Amazon rainforest on an average absorbs a quarter of the 2.4 billion metric tons of carbon dioxide every year.

Another study, Amazonian tree species threatened by deforestation and climate change, predicted that without any effective climate laws or policies, the rainforest becomes more fragmented; harming biodiversity, and also the capacity to suck carbon dioxide will decrease too.

What we should do now?

The Amazon rainforest fire is an international issue and all the world leaders should pass a strict resolution in an order to protect it, states Norvergence.

The Norvergence team believes that it is our collective responsibility to make sure that we can sustain the Amazon rainforest for our coming generations. They urge citizens to post and share things related to “Save the Amazon Rainforest” on their social media accounts. 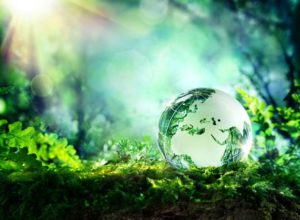