Around one billion people globally and around forty million in India rely on healthcare facilities that do not have electricity access.

A first-of-its kind study, Powering Primary Healthcare through Solar in India: Lessons from Chhattisgarh, published recently by the Council on Energy, Environment and Water (CEEW) and supported by Oxfam India, finds immense opportunity for solar energy to bridge the gaps in electricity access in rural healthcare facilities, writes Sunil Mani and Sasmita Patnaik from CEEW.

In rural India, Primary Health Centres (PHCs) provide the last-mile delivery of healthcare services. Yet, according to the fourth round of the District Level Household Survey, in 2012, one in two PHCs in rural India was either un-electrified or suffered from irregular power supply. In the absence of reliable electricity supply, services provided by PHCs such as deliveries, paediatric emergencies, and administration of vaccines get severely affected.

In 2012-13, one-third of the PHCs in the power surplus Indian state of Chhattisgarh did not have regular access to electricity supply from the grid. To augment the electricity supply in the PHCs, the Chhattisgarh Renewable Energy Development Agency (CREDA), installed off-grid solar photo-voltaic (PV) systems of 2kW each in 570 PHCs (of a total of 800 PHCs) between 2012- 16.

These systems were primarily connected to support critical functions such as the cold chain equipment and lights in the labour room, to ensure uninterrupted services. CEEW conducted an independent evaluation of the intervention in 2017, and found that among PHCs with less than 20 hours of power supply per day, solar powered PHCs admitted over 60% more patients and conducted almost twice the number of child deliveries in a month compared to the PHCs without a solar system.

About 90% of the PHCs with solar systems reported savings in energy expenditure, and a quarter of them depend exclusively on solar systems to enable round-the-clock functionality of cold chain equipment. The PHCs also reported reduced incidence of equipment damage, due to voltage fluctuation, after the equipment were connected to the solar system.

The operations and maintenance unit of CREDA regularly monitors the performance of all the installed systems, and, provides repair and replacement services, free of cost for a period of five years. Similar initiatives have also been adopted in various other states of India, like Maharashtra, Tripura, and Andhra Pradesh.

The Indian Council of Medical Research (ICMR) has signed an MoU with CEEW to launch the ‘Initiative on Solar for Healthcare’.

The initiative aims to conduct pilots across three states of India, where solar systems will be installed at selected PHCs, followed by a detailed monitoring and evaluation of the impact of improved electricity access on healthcare delivery.

Another project under this initiative includes a proposal by the Department of Science and Technology to fund the installation of solar systems in health facilities across Odisha.

The Department will provide a list of selected healthcare facilities to the Odisha Renewable Energy Development Agency (OREDA), which will design the solar PV systems, considering the power requirements of each.

OREDA will commission the systems, maintain them for a period of five years and impart training to the designated staff of the healthcare facilities for the upkeep of installed systems. Solar systems will supply electricity for different services like heating water for sterilisation, neo-natal care and refrigeration of essential medicines and vaccines.

Electricity access for healthcare: Evidence from other parts of the world

As in Chhattisgarh, similar interventions have been done in sub-Saharan Africa to address the lack of electrification in the health facilities. For instance, in Liberia, owing to very limited grid coverage, solar PV systems are being used to augment electricity access for health facilities.

The World Bank conducted a study of all first-line public health clinics in Liberia and found that electricity access increased from 54% in 2011 to 62% in 2012, mainly due to the installation of solar PV systems.

About 46% of clinics use solar PV systems for their primary energy needs, and 81% of these clinics reported availability of electricity on the day of the survey, as compared to only 52% of clinics with generators as primary energy source.

Viability of solar system in comparison to generator

Despite the fact that solar is significantly more reliable, generators are still the most preferred choice of backup. For instance, two-thirds of PHCs in India have a working generator available, as a source of backup, while solar is only experimented in a few states.

This is because a conventional generator set is easily available, and installing it requires very less upfront investment.

However, in a 2016 study, Energy Storage in India: Applications in the Renewable energy Segment, based on Life Cycle Cost (LCC) framework, CEEW showed that one unit of electricity from a conventional diesel generator costs about INR 24–26 ($0.40) per kWh, while solar with battery costs around INR 12–14 ($0.22) per kWh.

Because of such obvious long-term benefits, it is important to scale the initiative on solar for healthcare. This would require combining support from national and international health budgets with private-sector investment.

Role of the private sector

Given the limited funding on public infrastructure, driving private investments could play a vital role to bridge the gaps in access to electricity in the healthcare facilities in the developing world.

An alternative public-private partnership model could be contracted where upfront payment for the solar systems can be covered by a private investor, and PHCs will make the payments on a monthly basis (from the savings on electricity bills) for a defined period of time. Similar strategies are needed to improve electricity access of healthcare facilities across the developing world.

Sustained engagement with policymakers and the private sector, along with regular assessments of on-going efforts, is key to simultaneously address the goals of healthcare, energy access and resource management. 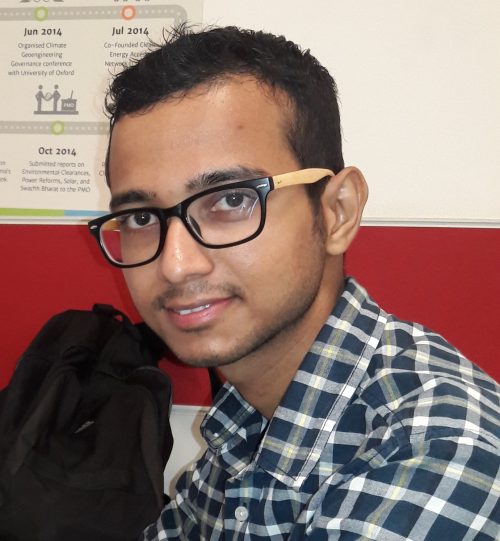 Sunil Mani works as a Research Analyst at the Council on Energy, Environment and Water (CEEW).

He is focussing on health and energy, and trying to understand the role of enhanced electricity access (through renewables) in the health centres, in improving the health services and health outcomes in India. 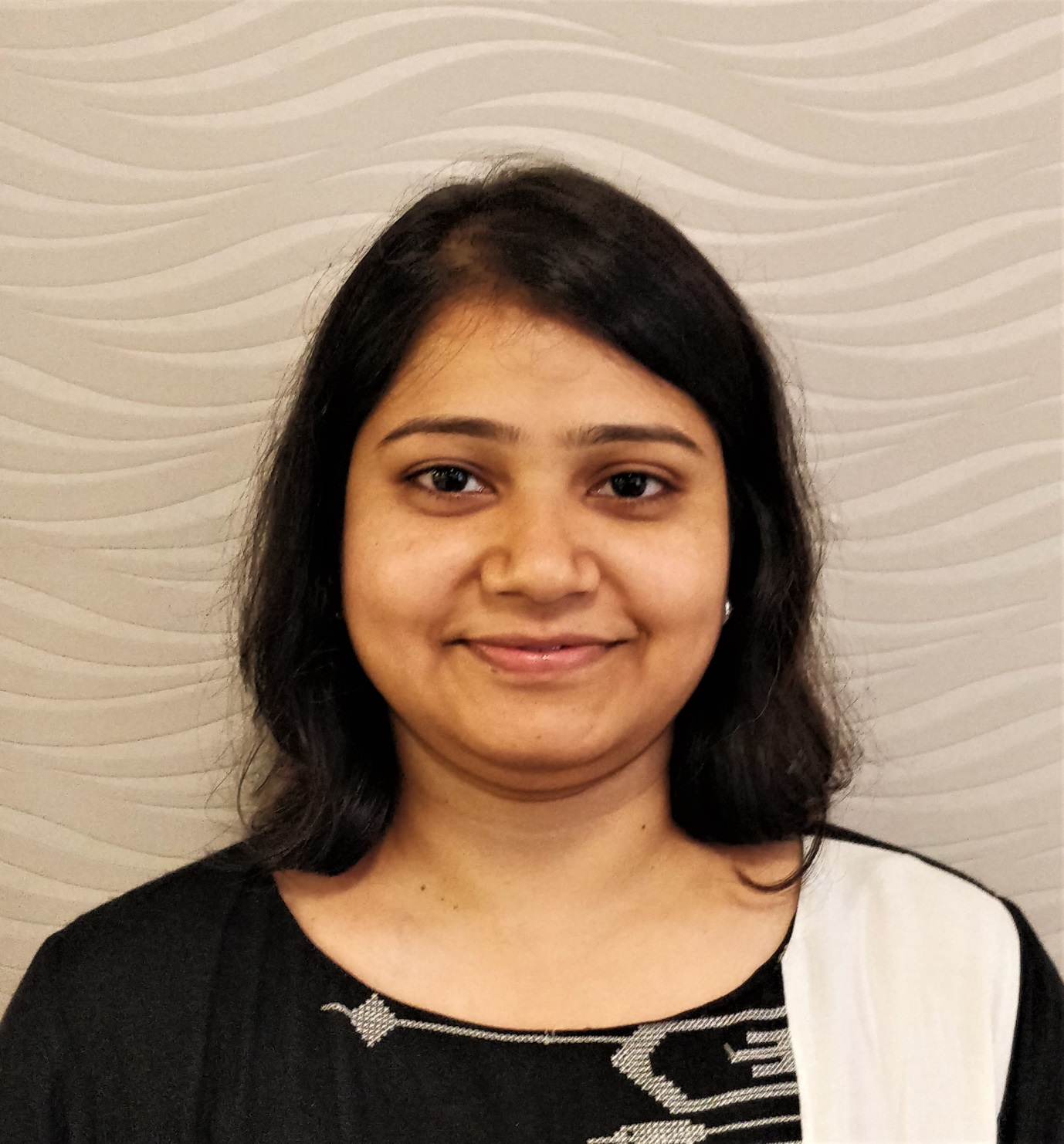 Sasmita Patnaik is a Programme Lead at the Council on Energy, Environment and Water (CEEW). She has over five years of research and consulting experience in rural development, sustainability and social entrepreneurship. She is a Felix scholar, and holds an M.Sc. in Development Studies from School of Oriental and African Studies (SOAS). 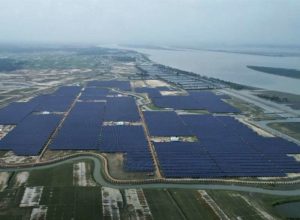