Research and development, deferentially called R&D no matter the industry, brings to mind scientists hunched over test tubes or pondering equations on whiteboards.

While that is true, R&D is also about keeping track of current trends in the market and applying the knowledge in real terms.

Bridging the gap between R&D and the application of the knowledge gained can be seen at a wind farm in South Africa. The challenge they address haunts wind farms across the world – how to mitigate incidents of birds colliding with wind turbine blades.

The research has resulted in developing a shut down on demand (SDOD) system at a 33MW wind farm. To date, the SDOD programme has been highly successful.

The SDOD system is implemented through notification by a bird monitor team stationed in the wind farm’s on-site operations room. When a siting occurs, individual wind turbines are switched off and back on once the bird has passed by.

The team would have collected vast amounts of data on bird populations and their activity around the wind farm’s 2,300 hectares before defining this industry-first SDOD system. Impressive R&D by all involved!

This project shows the relationship between R&D and real-world applications to outwit a challenge. In this instance, the R&D isn’t very technical but carries weight in being highly effective.

While in another example, a highly technical research and development project is underway where the team has reached a breakthrough in paving the way for ‘massless’ energy storage, which is of particular interest to the electric vehicle (EV) market.

Here researchers from the Chalmers University of Technology in Sweden produced a structural energy storage battery that, according to the team, performs ten times better than all previous versions.

​The challenge is that the weight of the EV battery impacts the vehicle’s overall performance. The solution is to make it part of the EV’s load-bearing structure. These structural batteries use carbon fibre as a negative electrode and a lithium iron phosphate-coated aluminium foil as the positive electrode.

The carbon fibre acts as a host for the lithium and stores the energy. Since the carbon fibre also conducts electrons, the need for copper and silver conductors is also avoided.

My question to the researchers is whether this will also positively affect waste management or recycling these batteries.

These research and development stories are just a few we have reported on this year alone. The extent of coverage on ESI Africa shows that the power of research is not always as tangible as the SDOD system or ‘massless’ batteries but is just as important.

I’m referring to the host of industry reports that provide data used by EPCs, IPPs, government departments, utilities and more for short- to long-term planning. This area of R&D is useful in that it tracks the trends and can guide policymakers.

Recent reports by IRENA and Power Africa, for example, indicate that renewable energy resources continue on an upward trend. It also causes concern as the growth of distributed energy resources (DERs), which provides much-needed energy access, does impact the stability and resilience of the electricity network.

Research has shown that to resolve the problem of intermittency, more DERs plus storage are needed. But the increase of DERs presents the problem of facilitating more connections. The knock-on effect is on how to manage the congestion on the network, along with the subsequent voltage increases resulting from reverse power flows.

At the heart of this R&D area, Lucy Electric will be sharing their knowledge on how to co-ordinated and resolve intermittency through smart technologies and digitalisation in a live discussion on 15 April.

My request to you: make your R&D efforts visible by liberally applying them to products and services to improve market conditions—give it scope to transform our world. 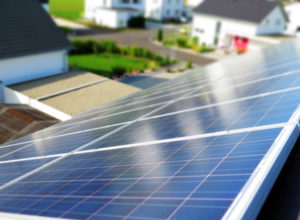