Power management company Eaton Africa has improved the participation of women to 55% of leadership roles in Morocco and 14% in South Africa. These leadership teams head up marketing, human resources, service, IT channel, and finance departments.

“At Eaton, we embrace the power of many perspectives to drive innovation and growth that benefits our people, investors, customers and communities. While we have had some successes in South Africa as a level 1 B-BBEE contributor, and with 22% of our South African operations female, we feel we can do much more,” said Kane.

He was presenting a talk entitled ‘Gender Mainstreaming at Eaton’ at the 2018 Association of Municipal Electricity Utilities (AMEU) Convention, which took place from 7 to 10 October at the CSIR Convention Centre in Pretoria.

“Diversity isn’t just a matter of compliance at Eaton; it’s a strategic imperative that empowers us with a variety of perspectives. “Through various initiatives, we aim to also improve the level of gender representation in the South African operation, as more than half the population of this country is female,” Kane adds.

Eaton’s graduate programme in South Africa was launched in the 2015/16 financial year. To date, over half of the intake since launch has seen close to 70% female retained, with some in roles that were traditionally filled by men.

Elsewhere, municipal electrical managers are increasing the diversity of their teams to include more women. Read more: AMEU president fights against becoming obsolete

Veer Ramnarain, deputy head of the electricity unit at eThekwini Municipality said his division has made gradual improvements since it began actively transforming its ranks ten years ago.

“We conducted a survey in 2008 looking at the level of female representation and found that only 5% of artisans, 5% of technicians and 9% of engineers were female,” Ramnarain said.

He added: “We used a multifaceted approach driven by the executive team, not just HR, focusing on recruitment, development and retention to ensure that women also became ambassadors. Today, 13% of artisans, 18% of technicians and 19% of engineers are women at the municipality.”

“It is remarkable that I, a girl who grew up in Winterfeld in Northern Tshwane, has been inaugurated to be the President of the AMEU, occupying the wing of a body that exerts technological power to ensure effective supply of electricity through relevant municipal electricity distributors in Southern Africa,” said Mokgosi.

“To us true transformation yields long-term benefits. Rather than just employing people for the sake of quotas, a company needs to do thorough introspection to define its own approach to transformation. This vision needs to be woven into everything the company does, rather than just being an isolated human resource or accounting function,” Kane concluded.

The AMEU is an association of municipal electricity distributors as well as national, parastatal, commercial, academic and other organisations that have a direct interest in the electricity supply in Southern Africa. 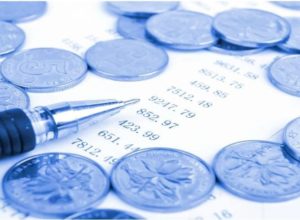