In March 2019, tropical Cyclone Idai made landfall near the Mozambiquan port city of Beira, ravaging the coastline and inland communities.

The United Nations estimated that Cyclone Idai and the flooding that followed it killed more than 600 people, injured an estimated 1,600 and affected more than 1.8 million people.

After more than $773 million of damage to buildings, infrastructure and crops there were also disastrous economic ramifications, with GDP growth cut to 2.3% from a forecast 6.6%.

Elsewhere on the continent, climate change and shifting weather patterns are exacting a heavy toll. Lake Chad has shrunk 90% since the 1960s and Lake Victoria, home to the world’s largest tropical freshwater ecosystem, could all but vanish in the next 500 years.

Despite contributing just 4% of global greenhouse gas emissions, African countries are amongst the hardest hit by the impacts of climate change, where temperatures have risen on average 1°C more than other parts of the world. And in the worst-case scenario, GDP could decline by 12.2% by the end of the century because of global warming. This has been met with a robust response. The governments on the continent are spending between 2 – 9% of GDP on climate adaptation and mitigation initiatives.

Have you read?
Cities have one chance to leverage pandemic for sustainability
Carbon-neutral or green LNG: A pathway towards energy transition

Well trained engineers are essential to maximising the impact of this important work, especially during a continental recession. Innovation in response to societal challenges is at an all-time high, providing access to sustainable solutions that can help people adapt to climate change and simultaneously address energy deficiencies.

Engineers can help to provide life-saving support to the communities hardest hit by extreme weather patterns, such as floods or droughts, by improving infrastructure or developing technologies to assist in emergency response, such as drones, monitoring and transportation.

For off-grid communities that are subject to frequent power outages, engineers can install energy alternatives that improve their livelihoods and help to build more sustainable societies.

The effects of the COVID19 pandemic are exacerbating climate-induced problems across communities, impacting local economies and aggravating existing instabilities. This is evident across Africa’s largest profession – agriculture – where over half of the working-age population employ their trade. The development of technology that enables climate-smart cultivation is helping to build resilience in these fragile livelihoods.

By increasing agricultural output, people can build their financial independence and help feed a growing continent. This is particularly important when the proportion of the population who are undernourished has grown by 45% in drought-prone areas since 2012, as a consequence of climate change.

Another critical area being addressed by engineers is access to energy. Households that are off the electricity grid or have only intermittent power can save 8% of their income by using renewable electricity.  Innovation in this space is essential to long-term development.

South African-based Sun Exchange, a unique business model, provides access to commercial and industrial solar by allowing anyone, anywhere in the world, to own and earn income from solar cells leased to power schools, clinics and businesses. Solar cell owners receive income in crypto or fiat currencies for the energy that is generated, while the organisations where the solar is installed get access to affordable, clean energy.

Nearly 600 million[1] people in Africa have no access to electricity and off-grid solar power offers a rapidly scalable option to provide communities with income-generating opportunities and devices that increase productivity and help to protect livelihoods.

Necessity has spurred innovation in addressing the climate challenge, but tasks like designing bespoke solar power installations require engineering expertise across a continent facing a chronic skills shortage in key areas. It is estimated that Africa needs an additional 2.5 million engineers to meet its Sustainable Development Goals.

According to UNESCO’s Engineering Report 2010, Uganda has one engineer for every 19,800 people in the country, in the UK that ratio is one to 1,100. Despite this, there is still unemployment amongst graduates who are not fully equipped to take professional roles.

Addressing the shortfall demands a holistic approach to build experience, enhance skills and promote diversity. By fostering partnerships between academia and industry, on the African continent and in the UK, the Royal Academy of Engineering’s Higher Education Partnerships in sub-Saharan Africa (HEP SSA) programme provides practical learning opportunities aligned to local industry requirements.

For example, students at the University of Namibia are bottling desalinated water from the Atlantic Ocean, powered by solar energy, in a demonstration of what technology can achieve. By part-funding such projects, HEP SSA widens the entrepreneurial horizons of young engineers.

As the project in Namibia shows, climate mitigation strategies need to be approached from all angles, especially in anticipation of a development boom across Africa.

As the continent closes its annual infrastructure spending shortfall – placed as high as $170 billion – the construction sector is expected to grow 6.7% annually making it imperative that such development is carried out as sustainably as possible.

The Academy’s GCRF Africa Catalyst programme is working in partnership with the UK government’s Global Challenges Research Fund to build the capacity of engineering organisations across the continent, particularly in the infrastructure sector to share best practice and help to drive sustainable development. At the University of Rwanda, engineers are developing a toolkit to help built environment professionals to measure and reduce the country’s embodied carbon.

Africa is disproportionately exposed to the impacts of global warming and is already confronting issues that other regions will not experience for some time.

Being on the frontline of climate adaptation techniques will provide unique insights that could help the rest of the world to prepare and plan ahead. Amplifying African-based engineering expertise is therefore critical to improving the wider world’s defences against the increasing threat of climate change. 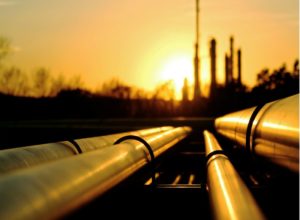