The solar plant was implemented by Distributed Power Africa (DPA), Econet’s solar business in line with the company’s commitment towards the adoption of clean and renewable energy in Zimbabwe.

The Willowvale solar plant has a total of 1,435 panels installed at car-ports and rooftops.

It comes complete with a real-time power monitoring system and the solar plant will generate an estimated 780MWh of energy per annum.

Based on the terms of the license, Econet Willowvale will generate and supply power for self-consumption and at peak the plant will provide close to 45% of the business’s electricity needs.

During the commissioning ceremony, group CEO Douglas Mboweni, said: “The commissioning of our Willowvale solar power plant demonstrates our focus to ensure that all our offices nationwide transition to clean and reliable energy as rapidly as possible.”

“Our organisation launched a Green campaign in 2018, which has seen the company investing in alternative renewable energies, starting with six of our own business premises,” he said.

Speaking at the same event, DPA Zimbabwe chief executive officer Divyajeet Mahajan, said: “With new technology, increased expertise and our viable financing solutions, the adoption of solar energy has increased significantly, and as Zimbabwe is gearing itself towards global competitiveness energy remains a critical pillar in our economic transformation.

“In the global agenda, Zimbabwe seeks to achieve a 33% reduction in emissions by 2030 and the Willowvale installation will result in a marked reduction of its carbon footprint by 285 000kg per annum,” said Mahajan. 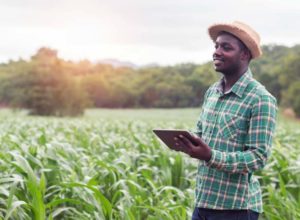 4 motivating factors to nourish your business plan in 2021