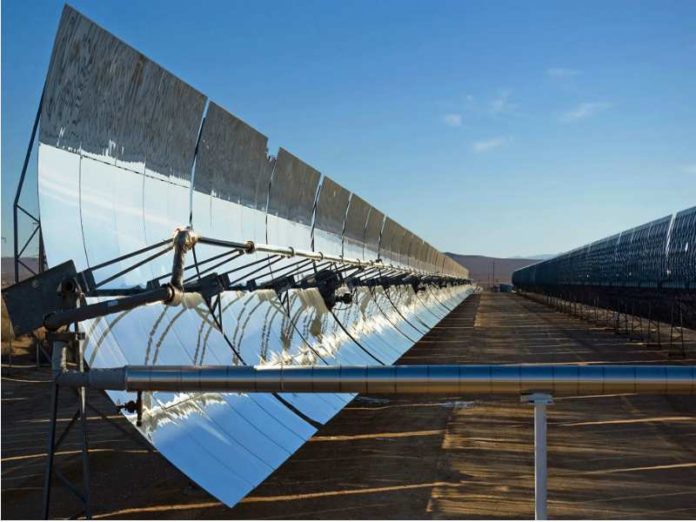 The innovative technology solutions company has developed the 100MW Xina Solar One, which uses parabolic trough technology to generate renewable and dispatchable power from the sun.

The power plant also features a thermal energy storage system using molten salts that can store the necessary energy for a further 5.5 hour supply, and thereby assisting in meeting the country’s peak demand.

The company’s executive chairman, Gonzalo Urquijo, commented: The completion of the Xina Solar One project in South Africa represents a firm step forward for the company and demonstrates the talent and commitment of the Abengoa team in addition to validating the trust that the market has placed in us.”

According to a company statement, Xina Solar One is South Africa’s first solar thermal plant designed to operate on the basis of the so-called ‘energy sale windows’ that are detailed in an electricity calendar, in accordance with the agreement signed with the national power utility, Eskom, and final client of the plant, to which the production at the plant is aligned.

The statement further read: “The practical completion document certifies the plant’s correct operation following commissioning, in order for it to be handed over to the final client, the Industrial Development Corporation, the government employee pension fund represented by the Public Investment Corporation, the Xina Community Trust and Abengoa.”

The project, which is a public-private initiative awarded by the South African Department of Energy, will provide clean energy to Eskom under a 20-year power purchase agreement.

Xina Solar One, located in the Northern Cape Province, is bordered to the north by Kaxu Solar One. Read more…

Kaxu Solar One was the first power plant in operation that featured parabolic trough collector technology, a 100MW output and 2.5 hours of thermal molten salt storage.