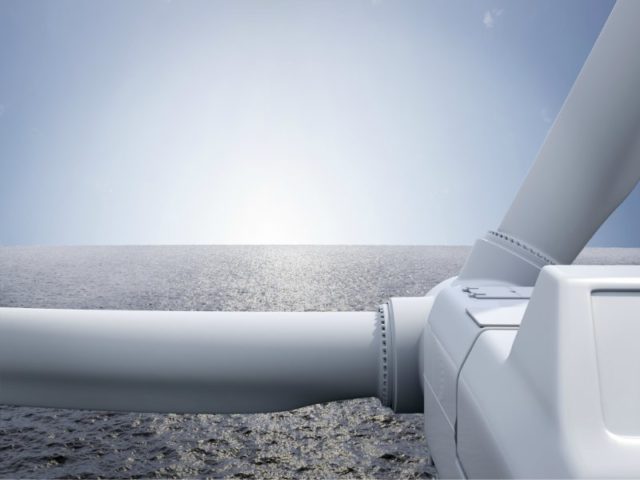 Global offshore wind capacity has the potential to increase 15-fold and attract around $1 trillion of cumulative investment by 2040. Beyond this ambition, the industry also envisions an installation of 1,400GW of offshore wind by 2050 to drive decarbonisation and a green economic future. But is it achievable?

Considering the resource potential, technology innovation, and government appetite to position offshore wind at the centre of the global energy transition, the Ocean Renewable Energy Action Coalition (OREAC) believes these market aspirations are achievable. And the High Level Panel for a Sustainable Ocean Economy (Ocean Panel) estimates that 1,400GW of offshore wind would power one-tenth of global electricity demand while saving over three billion tonnes of CO2 per year, equal to taking 800 million cars off the road.

If the 1,400GW vision were achieved, OREAC calculates that offshore wind prospects could provide around 24 million years of employment by 2050 (defined as full-time work for one person per calendar year with 260 working days). This job creation potential is calculated using data by IRENA, and covers the full value chain of offshore wind prospects, from procurement to construction to decommissioning.

In terms of the 2040 timeframe falling costs, supportive government policies, and some remarkable technological progress, such as larger turbines and floating foundations, will drive market growth. In its Offshore Wind Outlook 2019, the IEA states that under current policy settings, growth is set to rise to nearly 130GW by 2040.

An estimated 40% of the lifetime costs of an offshore wind project, including construction and maintenance, have significant synergies with the offshore oil and gas sector.

China is also set to play a major role in offshore wind’s long-term growth, driven by efforts to reduce air pollution. The technology is particularly attractive in China because offshore wind farms can be built near major population centres spread around the east and south of the country.

By around 2025, China is likely to have the largest offshore wind fleet of any country, overtaking the UK. China’s offshore wind prospects and capacity is set to rise from its current 4GW to 110GW by 2040. Policies designed to meet global sustainable energy goals could push that even higher to above 170GW.

The US has excellent offshore wind resources in the northeast of the country and near demand centres along the densely populated east coast, offering a way to help diversify the country’s power mix.

Floating foundations would expand the possibilities for harnessing wind resources off its west coast. Another advantage, which the IEA report points out, is the vast business opportunities that exist for oil and gas sector companies to draw on their offshore expertise.

An estimated 40% of the lifetime costs of an offshore wind project, including construction and maintenance, have significant synergies with the offshore oil and gas sector. That translates into a market opportunity of $400 billion or more in Europe and China over the next two decades.

A legal framework is critical for offshore wind development

The industry has made great strides in developing technology that allows projects to be built further from shore. However, another report indicates that if such technology were to enable the construction of wind farms in the high seas, the current legal framework would not have the scope to cover such development.

This report by Chatham Partners, Offshore Wind in High Seas: Unlimited potential beyond national control?, recommends that the industry form a robust legal framework now, or risk missing the opportunities in decades to come.

The high seas are all regions of the sea that lie outside the control of a single nation, making up 50% of the surface area of the planet, and covering over two-thirds of the oceans. However, the lack of clear rules covering development in the high seas would be a challenge for using any of these areas for offshore wind projects.

While offshore wind at high seas clearly has barriers to overcome, it could drastically increase capacity by adding almost 70% more construction space to consider.

Global efforts towards decarbonisation have proven offshore wind to be a viable alternative power source to fossil fuels. However, the sector could still face challenges in developing close to shore due to countries’ desire to protect coastal ecosystems, and conflicts with local industries and the military or simply inactivity. These would not be obstacles in most of the high seas.

While offshore wind development in the high seas clearly has barriers to overcome, it could drastically increase capacity by adding almost 70% more construction space to consider. Should the market look to the high seas for development, the lack of a legal framework will become a significant obstacle. In particular, uncertainty around the right of use, ownership and jurisdiction of the high seas presents a considerable challenge.

Building close to shore in an Exclusive Economic Zone means that the relevant state has the remit to govern and authorise installation and operations of a wind farm under its national laws. No such jurisdiction or governing body exists for the high seas.

As such, currently, investing in offshore wind prospects in these areas would be too great a risk for any company. However, the Chatham Partners’ report notes that precedents for international cooperation to take advantage of valuable resources already exist in the scope of current legislation.

An example is the fishing industry, which is regulated in the high seas by the Regional Fisheries Management Organisations. The International Seabed Authority (ISA) acts as a governing body to authorise public and private organisations to extract minerals from the deep seabed outside their states’ jurisdiction.

Also, a treaty for biodiversity beyond national jurisdiction is currently proposed that may introduce so-called “area-based management tools” as well as various forms of governance – concepts that could include or serve as an example for a framework concerning offshore wind.

These precedents took years to unfold and provide an example for the offshore wind industry of how long it can take to build a legal framework. The ISA took more than 20 years of negotiation between member states to establish formally.

The treaty concerning biodiversity has been negotiated since 2004 and will likely stay a draft for several years to come. In conclusion, without a legal framework, the potential market growth of offshore wind will remain close to shore and the high seas out of reach for developers for decades to come. ESI 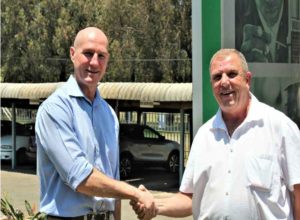