The UK’s contribution supports the World Bank Group’s goal of mobilizing $1 billion in concessional climate funds for a global program on energy storage, alongside its own commitment of $1 billion, announced at the One Planet Summit in September 2018.

The programme is expected to help middle-income and developing countries increase their use of renewables, particularly wind and solar power, improve energy security, increase grid stability and expand access to electricity.

It also aims to finance 17.5GWh of battery storage by 2025 – more than triple the 4-5GWh currently installed in all developing countries.

The pledges from France and the Netherlands, as part of SRMI, will provide support to countries in sub-Saharan Africa, which have some of the world’s largest gaps in electricity access, as they scale up their off-grid and grid-connected solar energy programmes.

Upendra Tripathy, Director General of the International Solar Alliance (ISA), commented: “I am extremely proud and honoured that the Solar Risk Mitigation Initiative is demonstrating its first concrete results. This is a fundamental and comprehensive mechanism that will greatly support the ISA member countries in developing solar energy.

“I believe this is the kind of partnership that will allow us to achieve the goals of the Paris Agreements and SDGs 7 and 13.”

The Dutch government committed $44 million to the Regional Off-Grid Electrification Project in the Sahel, in addition to the $224.7 million from IDA and Climate Investment Funds’ Clean Technology Fund announced in April 2019.

The project aims to increase electricity access for households, businesses and public institutions using modern, standalone solar systems. About 1.7 million people in sub-Saharan Africa are expected to get electricity access or improved service through the effort.

This will help bridge the gap for smaller projects and help countries deploy privately financed solar projects quickly and efficiently.

SRMI was launched at COP24 by the World Bank in partnership with AFD, ISA and the International Renewable Energy Agency. 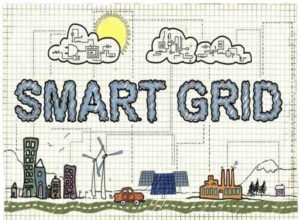