Climate Fund Managers (CFM) and UPC Renewables (UPC) are partnering on the development of the 30MW Sidi Mansour wind farm in Tunisia, which will provide a proof and concept and support for the country’s target of 30% renewable energy by 2030.

In 2016, Tunisia announced the launch of the Tunisian Solar Plan 2030 with the goal of increasing the share of renewables in the electricity generation mix from 3% to 30%.

Now the Sidi Mansour Project will also assist the country in meeting its renewable energy goal, reduce reliance on imported fossil fuels, and demonstrate that Tunisia is an attractive destination for renewable energy investments.

The Project will be one of the first wind Independent Power Producers (IPP) in the country. Climate Fund Managers is participating as co-developer, sponsor, financial advisor and E&S advisor to the Project, through the development and construction financing facility under its management, Climate Investor One (CI1).

UPC will lead the development of the Project with its local team that will lead land securitisation, permitting, grid connection, wind resource assessment, and engineering and procurement contracts.

In January 2019, UPC was selected as one of the four awarded companies under the ‘Authorisation Scheme’ tender for the 30MW Sidi Mansour project in Northern Tunisia and subsequently signed a PPA with Société Tunisienne d’Electricité et du Gaz.

UPC has been developing the Project for more than a decade. Over its lifespan the Sidi Mansour Project is expected to lead to a reduction of 56,645 ton equivalent of carbon and create more than 100 jobs.

The total investment size of the Project is expected to be approximately $40 million.

In 2016, Tunisia announced the launch of the Tunisian Solar Plan 2030 with the goal of increasing the share of renewables in the electricity generation mix from 3% to 30%.

Brian Caffyn, the Chairman of the UPC Group, said: “We can start the construction of the Sidi Mansour wind farm in 2020, helping stimulate the Tunisian economy, create local jobs and a social plan for local communities while respecting international environmental protection guidelines.”

Sebastian Surie, the regional head of Africa for CFM, added: “CFM is thrilled to partner with a leading wind developer in the Sidi Mansour Wind Project to assist Tunisia in meeting its renewable energy goals. As potentially the first Wind IPP in Tunisia, this Project will be a testament to how CI1’s full lifecycle financing solution can unlock investment in renewable energy in new markets.” 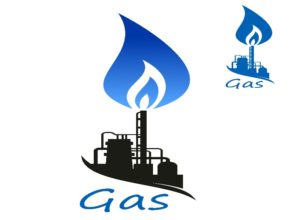